I'm trying to run a batch file on a custom action. The action does one thing: File -> Export -> Paths to Illustrator.

However, whenever I run that action as a batch on multiple files, it saves each file with the same name. So if I open File1.psd and save it as working/File1.ai, then run the batch on File2.psd, File3.psd, and File4.psd, what I get is working/File1.ai as an Illustrator file exported from File4.psd. Files 2 and 3 have been overwritten (as was File1.ai, obviously). 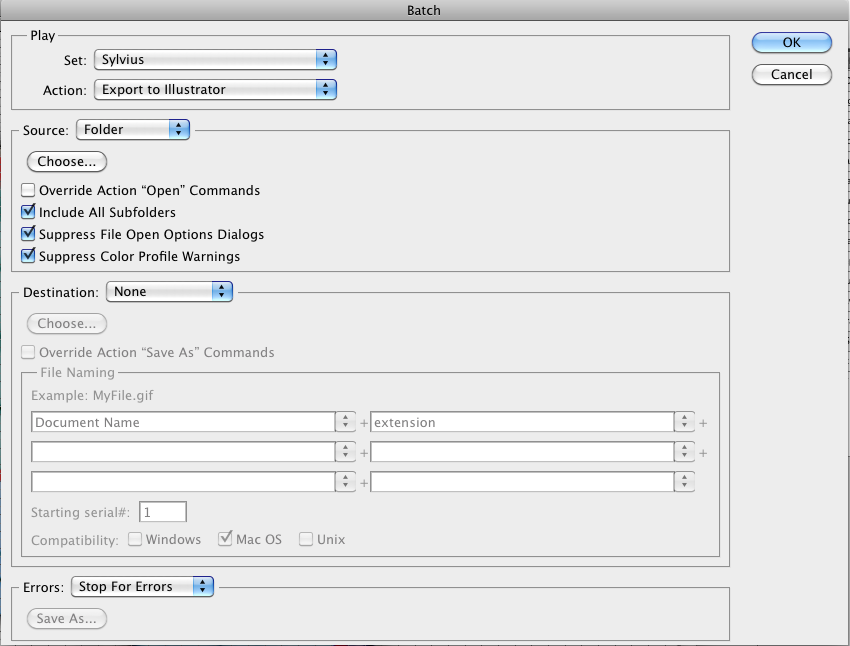 If I change the destination to e.g. Folder, it re-saves all the files as PSD in addition to overwriting the AI files. How can I run this export on an arbitrary number of PSD files and get the same number of AI files out the other end?

EDIT: re-recording the action and refusing the dialog box gets me the dialog box on the first run of the batch, and subsequent files saved under the name I provide in that dialog (in other words, one dialog box for all files).

EDIT 2: Following the answer below, I tried saving to Folder and overriding action save commands (screen shot): 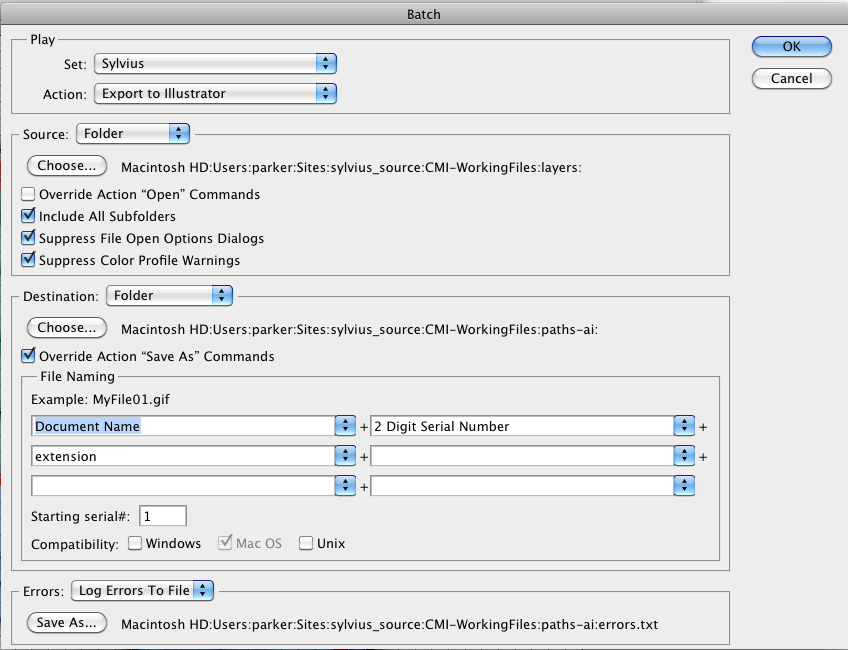 This produced the same results. :(

ETA 3: Based on the comments, my problem might be that the Export -> Paths to Illustrator command does not honor the "Override Action Save As" checkbox, which means I'm just stuck with that shortcoming of Photoshop.

Choose a destination folder (last not-grayed out option) then choose ' override action save as' below it. You can see that below that, it says 'Starting serial#' which indicates it'll name each file with a next number.