My old trusty HP Pavilion tx2690eo convertible died just recently, and having found myself in the market for a new digital art device I thought I'd entertain an odd notion I had.

The problem with convertibles, of course, is that you lose access to the keyboard and all the convenience it brings when in tablet mode. No Ctrl+Z+X+C+V, no holding down the shift key, and typing layer names or googling reference images is that much more inconvenient. I made do with an external keyboard for years, but less gadgets is always better and now I'm wondering if there exist laptops equipped with active digitizers that can open flat on their backs. A slate tablet would do too, but since I still need laptop-like functionality whichever keyboard case I get for it would also have to open 180Â° (or be bluetooth.)

I need a Windows machine for my purposes, but Android and OSX answers also interest me and might interest others.

Regarding devices that can lie flat and have a separate keyboard, samsung slate 7 and Asus ep121 are slate PCs with Wacom digitizer pen tablets built into the screen that run design software pretty well and are fairly popular with designers (sometimes as a primary device, sometimes as a portable thing for digital drawing in real design software on the move). Both have own-brand bluetooth keyboards that either come in the box or can be bought as accessories. Either lying flat, or with this Samsung Slate case, they might match the 'odd notion' you had.

Check out this thread if you go for one of either, which among other relevant things shows of a way to get customisable on-screen buttons for common shortcuts that might make working without a keyboard better. The ones you can download are optimised for these devices and Photoshop shortcuts; they also show how to make on-screen button panels like that for any device or software. 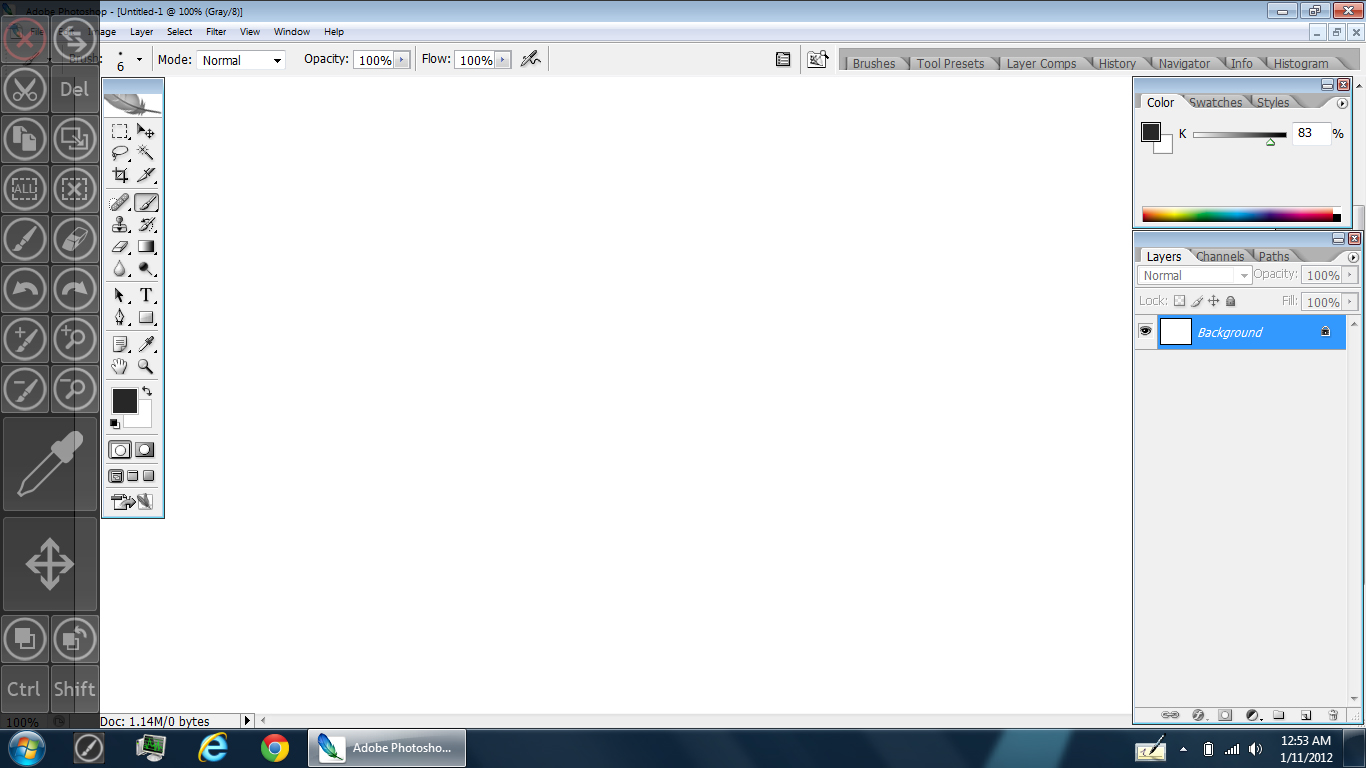 It might be worth holding on if you can. When Windows 8 comes out later this year, it's likely that there will be a lot of new devices like this and a lot more choice. The Asus one apparently had pretty short battery life and was fairly heavy and clunky, and the Samsung one (which I use), while generally very good, has quality control issues. A lot of people have had problems with the screen and the accuracy of the pen's calibration.

As for laptops with built-in Wacom pressure sensitive tablet screens, there's a Lenovo one I know of and I think Toshiba have a couple. I seem to remember when I was researching options a while ago that they didn't sound very appealing - I think they seemed clunky and overpriced for what they were - but I didn't look into it very thoroughly.

There are also plenty of cheaper laptops and slates with N-trig pen tablet screens, but check videos of them in action first, those I've seen have had pressure sensitivity that was unusably unreliable.

As for Android which you mentioned, the samsung galaxy note has a Wacom digitizer built into the screen. It makes a great digital pocket sketchbook with layers etc (app recommendations: Infinite Design (vector) and Infinite Painter (raster with various pressure-sensitive brushes) ).