In InDesign or Illustrator, I know that you can make tints of a Pantone swatch spot color with converting it to CMYK. With a spot color, you have one color slider that controls what percentage of that color is used.

I'm having trouble finding anything online because I'm not sure what terminology to search this with. Thanks for the help. 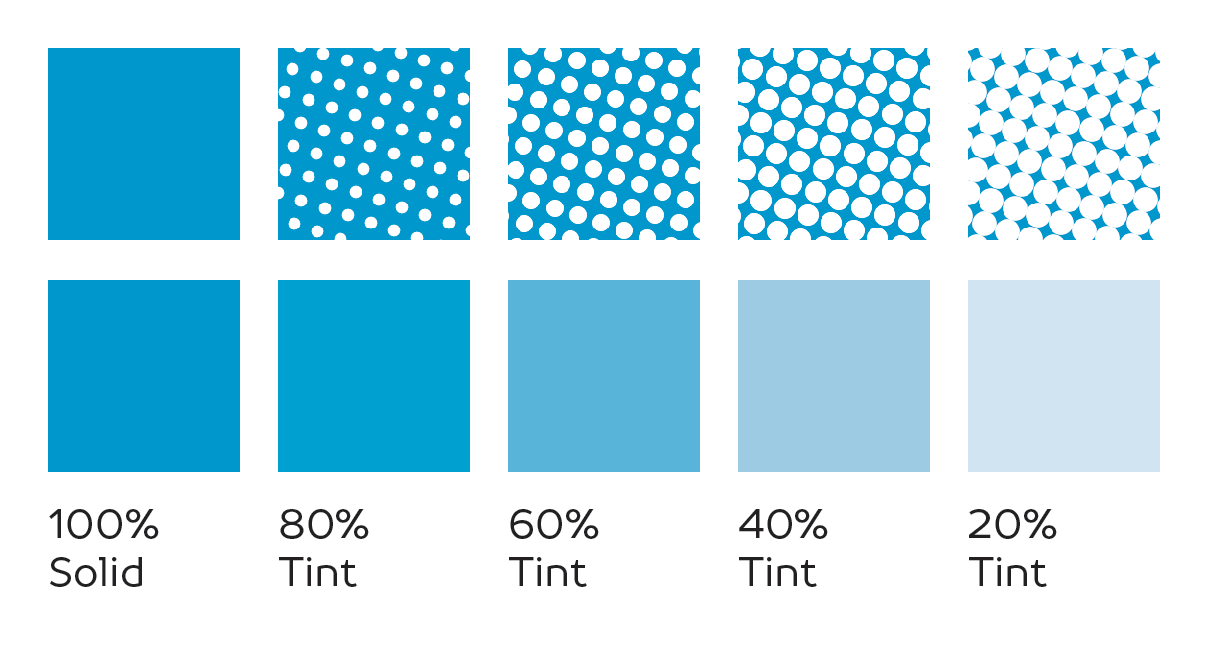 Now you obviously can't print shades with the same technique and a single ink (unless you're printing on a black base), so the only option is to add another ink.

This is roughly the result you want printed:

A quick way to preview your shades is to overlay black and use blending modes. These shades are made by overlaying "tints" of black set to "Multiply" over the solid Pantone:

The problem is printers don't generally like transparency and blending modes with Pantones.

What you should do is overlay solid blacks in the same way but instead of using blending modes set the blacks to overprint in the attributes panel and turn on overprint preview (View â†’ Overprint Preview): 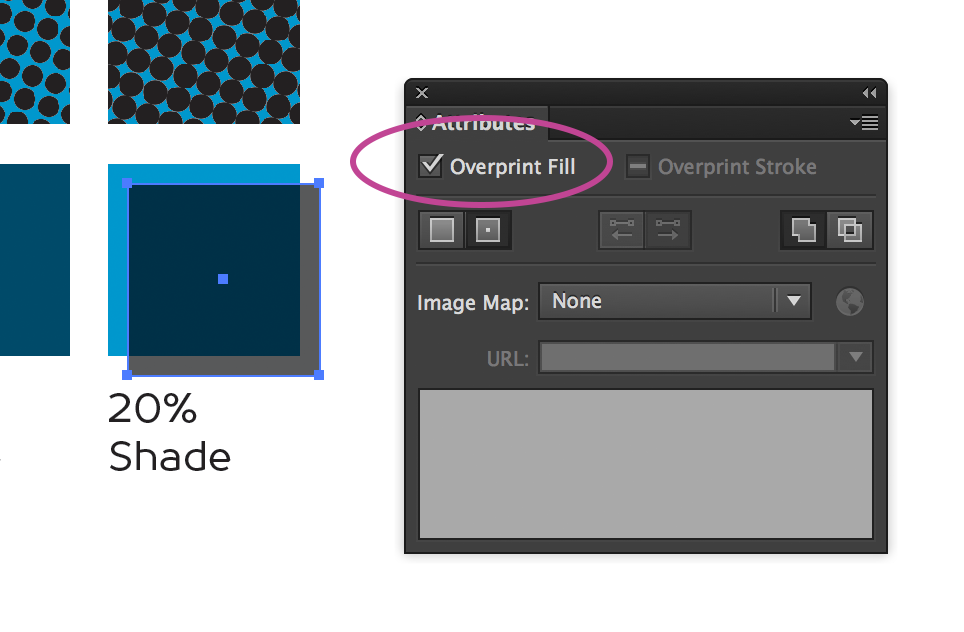 Using increasing amounts of black set to overprint, you get shades like so:

A quick tip to achieve your overprinted black in Illustrator is to use the Appearance panel and add an additional black fill to the same object, so theres no need for layering multiple objects. You can then set the black fill to overprint by selecting it in the Appearance panel and checking "Overprint Fill" in the Attributes panel exactly as you would for a single object. 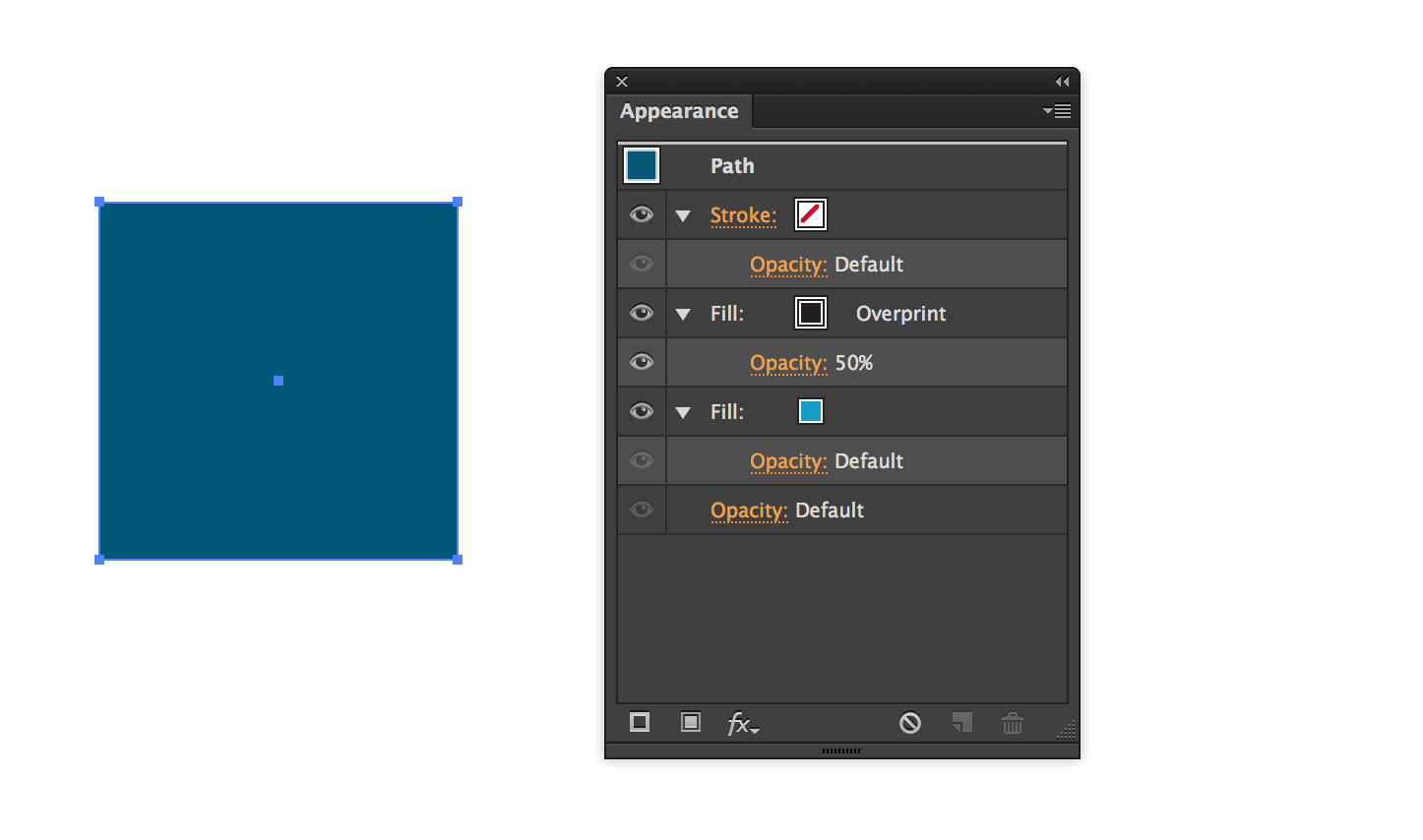 Mixed ink swatches in InDesign can also be used to create shades by mixing your spot color with a process black.

You can create a series of shades by selecting "New Mixed Ink Group..." from the swatches panel menu and selecting your spot color and Process Black. Set your spot color to 100 and your black to whatever increment you want to increase your shades in: 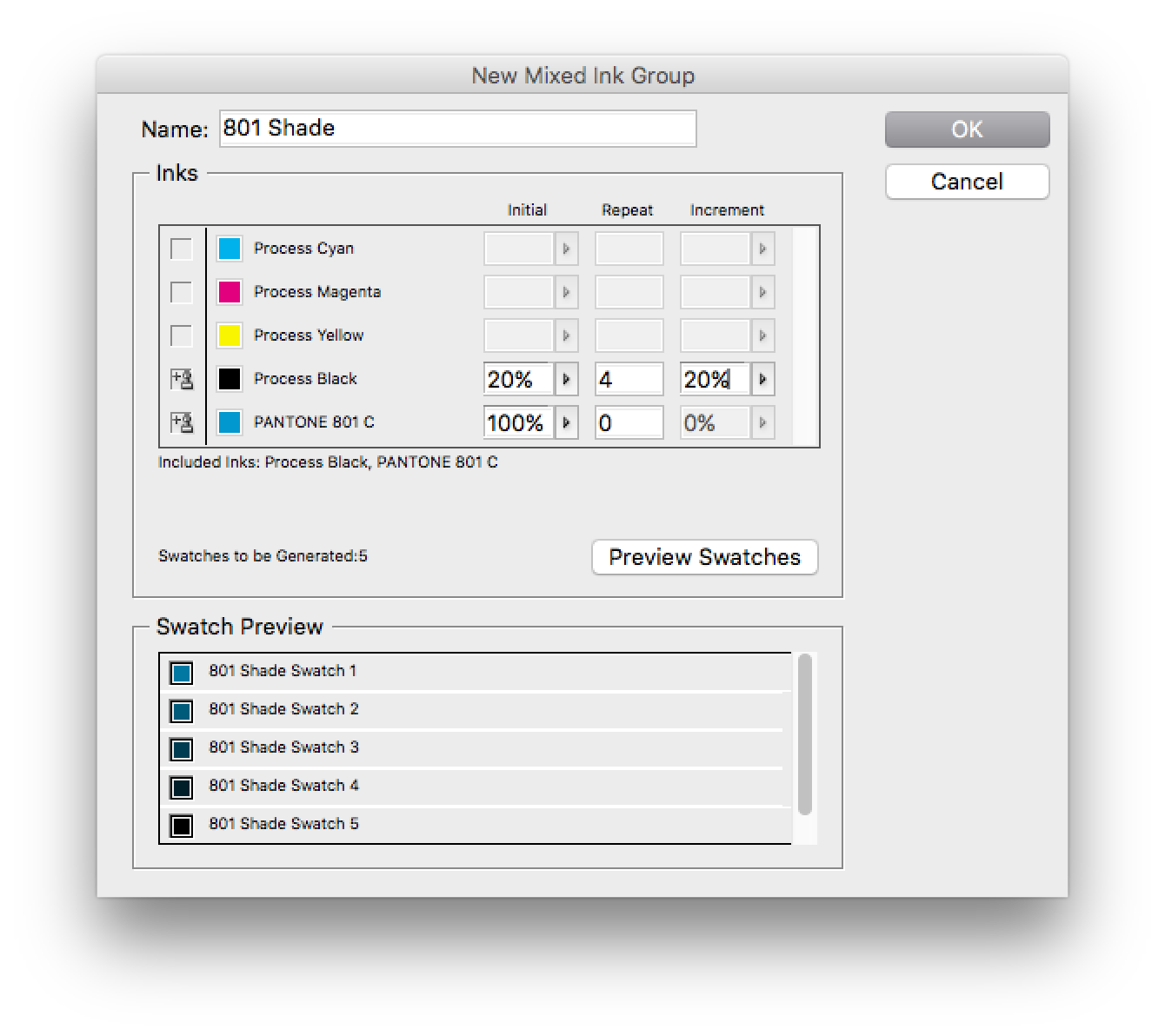 You then have predefined shades as individual swatches you can use in your document:

The most important thing is, as always, to talk to your printer and see what they suggest and how they want you to supply your artwork and get printed samples first.

"Shades" can come in three flavors.

1) Shades of lighter color of the Pantone. You can prepare a swatch in Illustrator using the same Pantone but changing the transparency on different nodes.

In Photoshop you can inclusive use a grayscale photo and use a "Duotone" with only one ink.

2) The same color but darker... Ouch. You can only do that using an additional ink. Make a swatch of black and put it Over the object containing the original pantone using multiply to preview the result.

This is tricky, you need to ask the printer to "overprint" them. Black is very dominant, so be careful on the amounts, and some tests might be needed.

In Photoshop you use the same grayscale image and use two inks. You can modify the curves to have different shades.

3) Using different colors. A shade from yellow to red is the same process as 2. But you can have some smoother palettes.

There are alternative workarounds, like making a Photoshop multichannel, etc.