What are the best tools for producing infographics - attractive displays that combine graphs, diagrams and text to convey a lot of information succinctly. I'm interested in both web-viewable content and posters for printing.

(As an example of the kind of thing I'm interested in making [but on much more modest scale], http://xkcd.com/980/)

Designing infographics is a large portion of what I do. Here's a rough breakdown of what I use.

People sometimes use more simple programs like omnigraffle for simple diagrams, and the idea of low-barrier-to-entry infographics creation tools sometimes gets floated around, but those I've seen have been either just a bunch of pre-made infographics in disguise (e.g. visual.ly create) or ludicrously shallow (e.g. easel.ly).

There are now a couple of low-barrier-to-entry tools that don't 100% suck and that add something worth mentioning to the standard infographic format (Vennage and infogr.am). They're early stages and a bit crude, and since they are essentially toy apps they're unlikely to ever be much use to designers except for in-house people avoiding mind-numbingly trival work ("Text and a couple of charts? That's really simple, you can actually do that yourself, here's how...") - but there's something worth noting about them: they export as HTML and SVG (infogr.am uses Raphael, Venngage uses HTML, CSS and D3).

Why does this matter? Because if you design infographics for publishing on web pages, and if you just whack up a png or gif and say job done without using methods like this to output the text as actual, real, live, semantic text in the web page's markup, this will mean that cheesey automated toys like these sites are going to be producing output that has an advantage over your work... I always use Raphael for things like this because it's the only thing that works in old IE and iOS.

Influential information designer / data journalism pioneer Alberto Cairo recently blogged about tools of the trade, and has published some video tutorials on infographics in Illustrator aimed at beginners (I've not tried them so can't vouch for them). The popular dataviz blog Flowing Data also periodically has tutorials which are sometimes code, sometimes stats, sometimes design. These are usually aimed at statisticians looking to boost their design and visualization skills than the other way round, but might be useful.

WebCode is a great and easy-to-use vector drawing app that instantly generates JavaScript+Canvas, SVG or CSS+HTML code. It is specifically geared for web infographics. 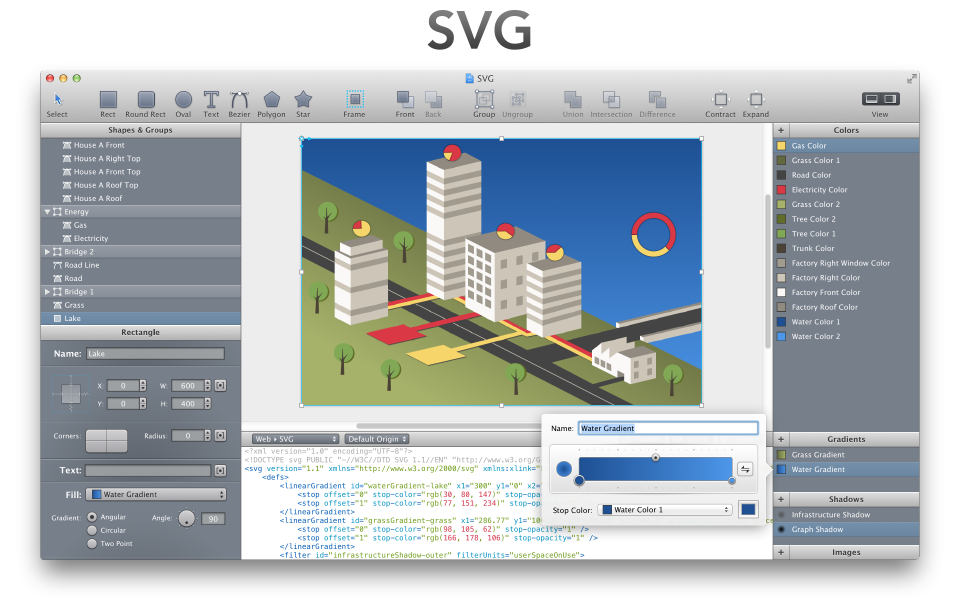