How to create an anamorphic design, art piece or sculpture in a given space?

I am very interested in the anamorphic works of Felice Varini or Georges Rousse. Building upon a very old optical illusion (found in graphical works as early as 1533), it relies on a simple trick that consists in distorting an image and requiring the viewer to be in the right spot (the "vantage point") to see it precisely. When seen from any other point than the vantage point, the final image is distorted or impossible to make out.

A couple of examples: 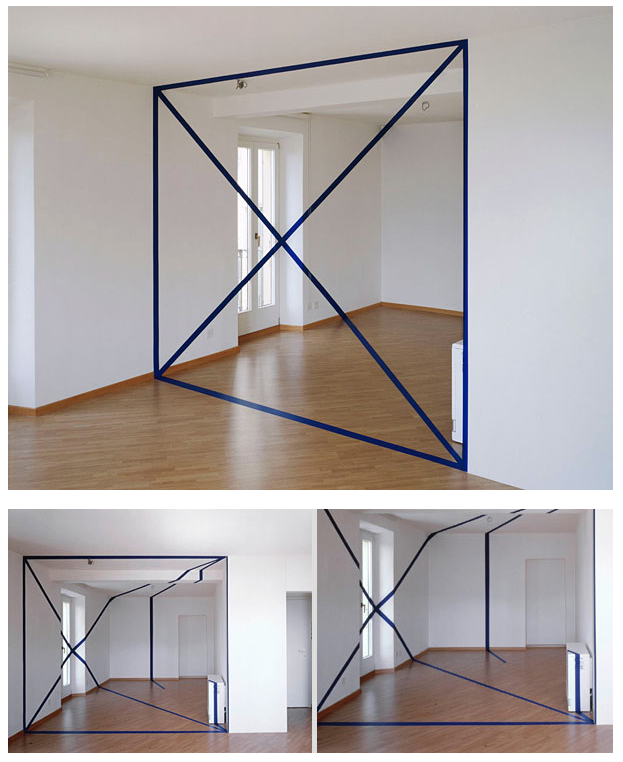 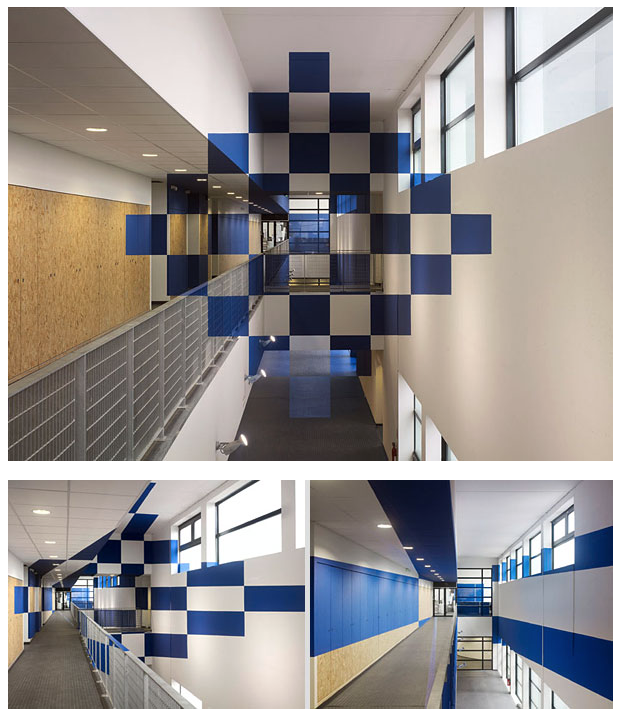 I am trying to understand how the artists create such graphical art pieces given the complexity of the environment these artworks are painted on.

This similar question asks about techniques used for a result that seems to pop out of a 2D surface. So I think it's a bit different, let's call it "2D anamorphic". This other similar question is also asking about 2D surfaces (such as a sidewalk or the front face of steps), so it's also different from what I'm asking (the images do not wrap around polygonal shapes of the scene), and I believe that the answers to these questions do not apply to mine.

I would be interested in knowing how to create such artworks in an efficient and quick manner.

I thought that maybe they could be using a sort of projector that would project the image onto the space, and then draw over the projected image? But this solution is very hard, I have tried in the past to draw over a projected image, and your hand, tools or body often gets in the way and obstructs the projection. Another technique would be to paint the whole area with photo-sensitive chemicals, and project the image over the chemicals to mark them (like a photo's negative). But this technique is complex, dangerous and would damage the space. There might be a technique involving calculating the angles and distances but I don't think it would be easy / streamlined. Another idea would be, using 3D software, to create a "negative" of the space, map the flat image on it, and unwrap the shape. Way too complex too.

Here are two simple examples of these projections that I would like to be able to create, at the meeting point of two walls and a ceiling: 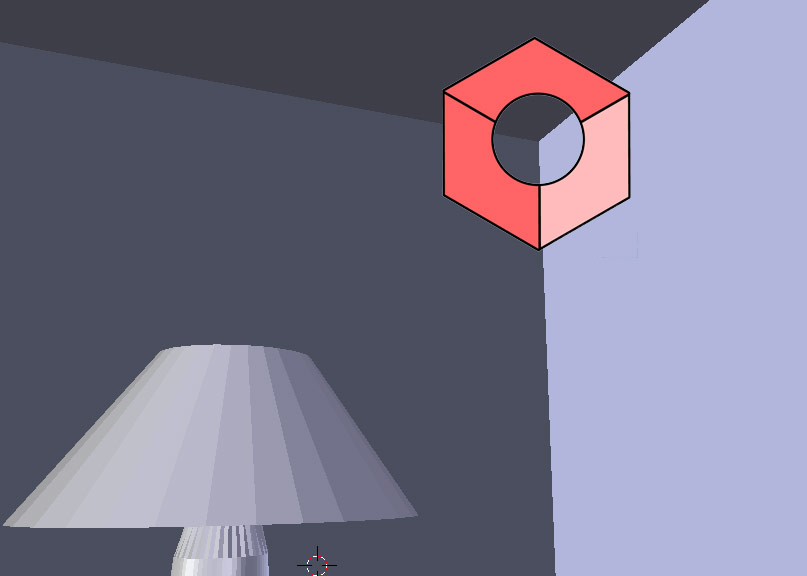 or from a vantage point looking at a desk and the wall behind it: 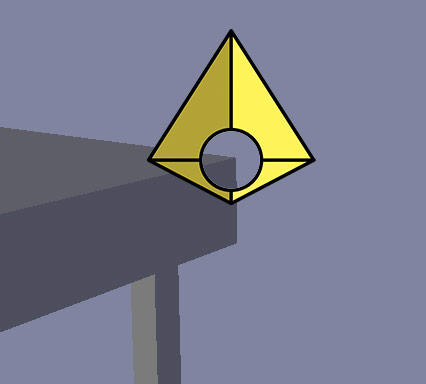 Most of the images are composed of straight lines on flat shapes, in those circumstances you only have to find the corner points which can be achieved by projection. A overhead projector works quite well for these purposes.

The alternative is to use a 3D application to produce a stencil or transfer. You can do this kinds of things with a laser or vinyl cutter. Make sure you have some way to place the initial data. Also quality of your survey is of utmost importance. The main benefit of this strategy is that you can preview your image before you commit, just like you have done. You also get a lot of options for your projection.