I am new here and a beginner graphic designer. I am trying to learn how to generate a pattern like below: 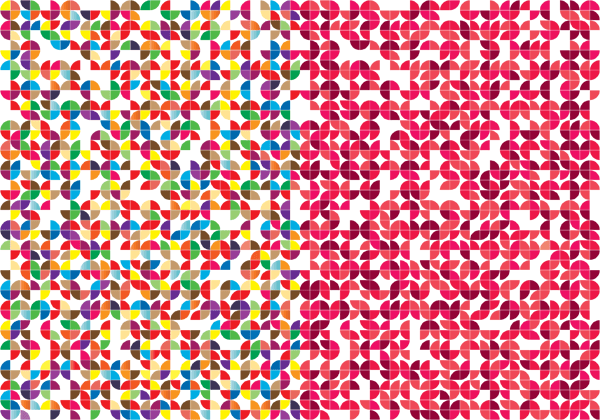 Is there any way to do this in Adobe Illustrator?

In the image above, I am looking for learning:

Appreciate your help. Thanks.

Disclaimer: I don't own the image above.

I usually play around with nested Transform effects on objects to create patterns.

Illustrator has powerful scripting tools that you can use to create random patterns and colors. There are a bunch of YouTube videos and Tutorials out there explaining how to create patterns and random colors via scripts, or download already made script which can be applied to your designs.

Hope this can give you a head start into a deeper reading.

I started with creating a circle (50pt diameter) and using a few lines and the Shape Builder Tool, I broke it into 4 equal pieces:

Now Expanded with Object â†’ Expand Appearance and ungrouped everything.

I now have a bunch of individual paths: 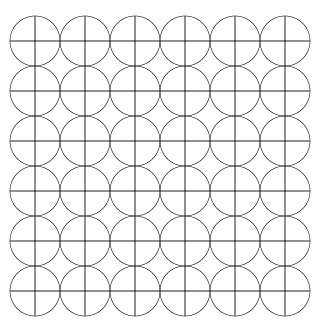 To get all the randomness, will require a use of various illustrator scripts, they are all available and I will try to link to them all.

Applying random color was easy enough, using the script from this answer, I just selected my group of colors and ran the script. 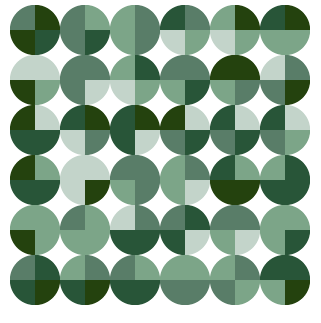 In your example, there are some pies (that's what I'm gonna call them) which are not there. To apply that randomly, I used the script Random Select by AndrÃ© Berg.

Simply set an amount to select (I did 20%) and delete the selected objects. 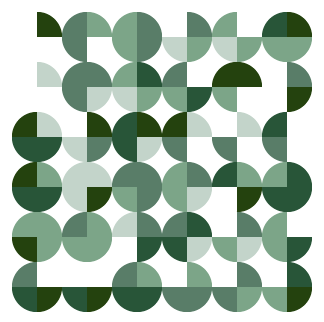 Now for the rotation; in your example, everything is done in 90Â° increments, so I used the same random selection script (this time on 25%) and then rotated by 90Â°.

In order to rotate the individual paths and not the entire selection, you have to use 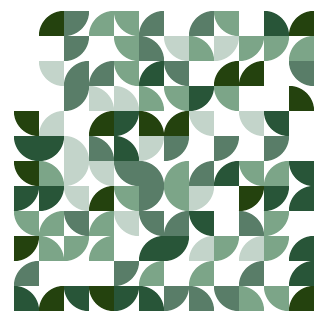 Now, with a bit of Illustrator scripting experience, you could actually create a script that rotates your paths by either 0Â° 90Â° 180Â° 270Â°.

This would make it that you didn't need to randomly select and rotate a few times, just select all and run the script, then run again until satisfied with the outcome.

You can also use just one color and then use this random opacity script by Iaroslav Lazunov to make everything different tints of the same color (assuming that your background is white).

You can even do both for a nice effect. 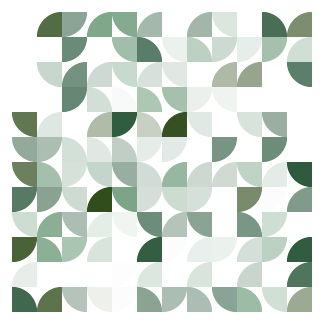