I'm not entirely sure what this feature is called, but I'm doing something which depends on perfectly consistent lengths of strings of text, and I need to turn it off.

InDesign is doing something that is causing the characters on the second line to have very very very slightly tighter tracking, so that they fit, and is breaking the third line somewhere other than the necessary place, so that if it was a broken word it would look less ugly than having one lone letter.

Normally, that's great, exactly what any typographer would recommend. But for what I'm doing here, I need to turn this off and have it wrap text in the most "dumb" way possible, making no such adjustments or calculations.

What is this, and how do I turn it off (ideally, just for one character style or paragraph style)? I've already got Kerning on the appropriate character style set to None and hyphenation turned off. I've also tried Ignore optical margin.

Must be in InDesign; if version is relevant, I'm using CS6.

I believe youâ€™re looking for the Justification settings in your Paragraph Style options (you can set them individually per paragraph, but in most cases, it makes more sense to do it in paragraph style settings): 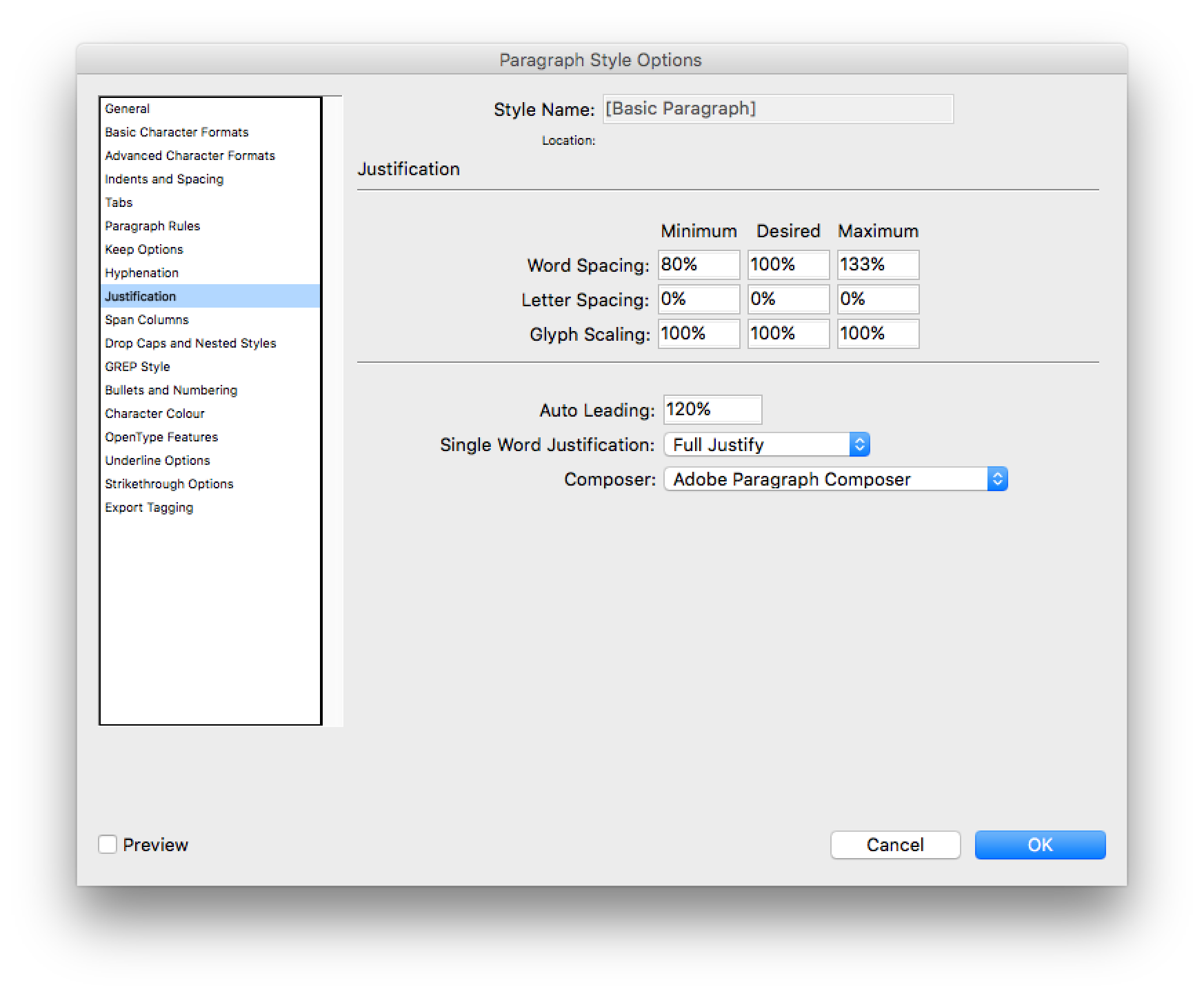 Play around with the settings until you get them the way you want them. If you donâ€™t want any tweaking to take place at all, you would need to set all three values under Word Spacing to 100%, Auto Leading to 100%, and then fiddle around with which type of Single Word Justification and Composer gives the best result.

(Itâ€™s not clear to me whether youâ€™re looking for a way to make InDesign wrap text when it gets too long, but without adding a hyphen, or if you just want it to hyphenate, regardless of what the hyphenation ends up looking like. Youâ€™ll probably have to tweak your Hyphenation settings as well to get it to hyphenate as you want in the latter case; and Iâ€™m unfortunately not aware offhand of a way to make it simply cut off excess characters to the next line.)