Add drop shadow to one side only

I am trying add a drop shadow to the bottom of a shape only, I have tried playing around with the x and y offset, though that doesn't quite do it, I have also tried using a clipping mask around the shape but for some reason the clipping mask had no affect on the drop shadow.

Is there something obvious I have missed, appreciate any help.

In most instances you will get a blur which is seen on the sides, even if the X value is set to 0. This is because the object is contracted by half the blur value, then blurred. So it kind of "leaks" out on the sides. You can't use negative values for the blur amount, so this always occurs with the Drop Shadow effect unless your blur value is so small (1 or 2px) that the "bleeding" on the sides is merely unnoticeable). 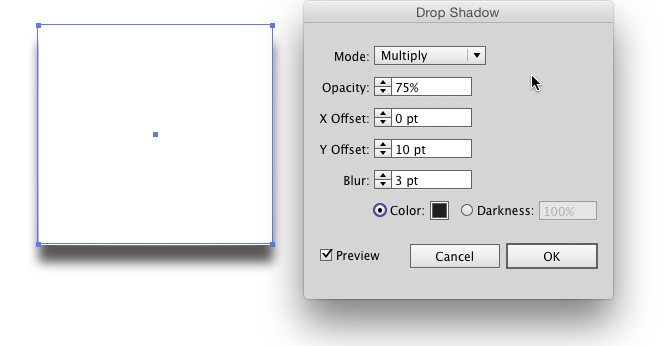 If you want a shadow which only appears on the bottom a black to transparent gradient may work better.

Add a new fill and move it below the existing fill in the Appearance Panel. Then with the new fill highlighted choose Effect > Distort & Transform > Transform to move the fill downward as far as you'd like. Then just set that new fill to be a gradient going from 100% black 100% opaque to 100% black 0% opaque. You end up with a graduated shadow, with sides that do not bleed out. In addition, this method keeps everything vector so there aren't any embedded raster images this way (unless you flatten or export the file of course). 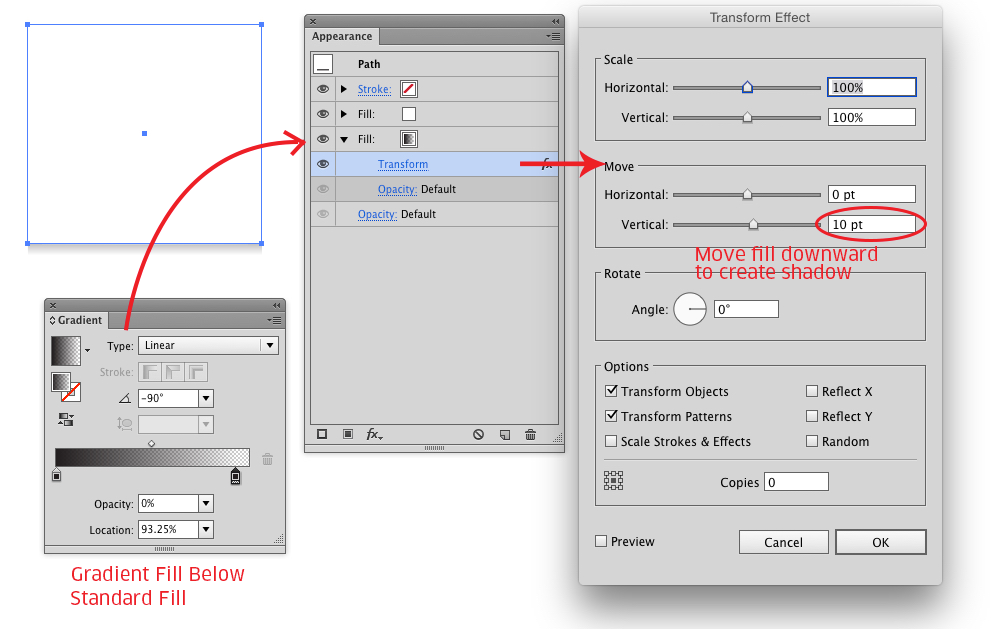 Another option is to use a solid fill color for the second fill, transform it, then use Effect > Stylize > Feather on the secondary fill. Feather will only blur inward so it won't create the bleeding effect on the sides. 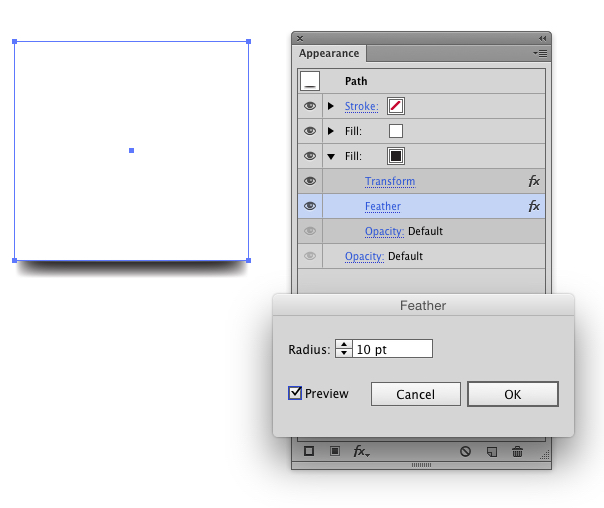 I tend to prefer the gradient method above because it allows for more control over the shadow drop off, but that's just my opinion.