How Do I Remove The Huge Blank Space Below The Character In AI?

I am fairly good in Photoshop, but have been recently playing with illustrator and must say that some of the things the program does make absolutely no sense to me.

This is such a case here: 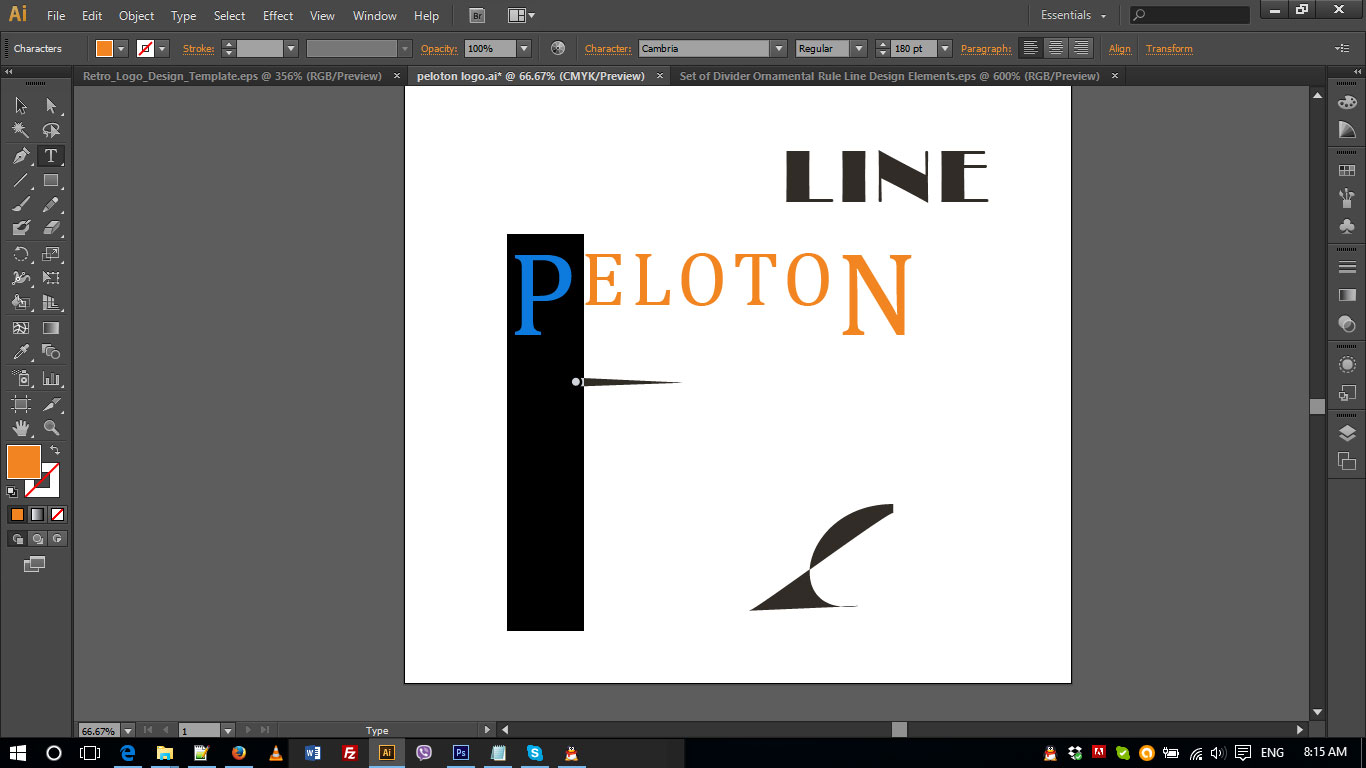 The letter P (and all of the other letter too as a matter of fact) has such a large empty space (highlighted on the picture) that I can not even select that other element below the words (with the small circle and a line on the red).

How do I make this disappear?

The font Cambria has fairly weird default dimensions. Its design is based on a standard value of 2048 units per em (meaning, a regular character such as 'A' or 'x' should fall well within this box), but some of its characters go way beyond this:

So there are characters that stick out 2.5 times the 'normal' height above, and more than 3 times below, the 'usual' box. Presumably this is because the font is paired with Cambria Math â€“Â a dedicated mathematical set that contains lots of super-large characters such as Summation âˆ‘, Product âˆ, and various sets of math brackets to span several lines.

Poor Illustrator doesn't know this, and so it displays this overly large bounding box â€“Â because the font tells it this should be this large.

There is no way to somehow remove the bounding box inside of Illustrator and still keep the live text. You can convert this text to outlines and it'll be gone. But converting text to outlines willy-nilly is frowned upon in general, because your text is no longer editable, and you loose "important" information. (It also has other undesirable side effects, such as rendering quality. "Text" is always rendered optimally, whereas "outlines" may display worse.)

There is even no good way to do this outside of Illustrator, say, with a font editor. The dimensions inside the font are the actual character dimensions; and to decrease them you'd need to physically remove all offending large characters from the font.

You may be able to minimize the selection problems you are encountering by putting the text on a separate layer, either above or below your other artwork (it depends on how the text interacts with the rest of your design), and locking the text layer.