Iâ€™m currently laying out and typesetting the second edition of an academic book about European fisheries and their status in the current EU climate. The book is bilingual, with all articles appearing in both English and Spanish: English text on left-hand pages, Spanish on right-hand pages. The Spanish text is usually about 25â€“30% longer than the English text.

The first edition of the book was typeset and laid out by a Spanish designer, and I donâ€™t think itâ€™s saying too much that it looked horrible. Not only was there no baseline grid, the text (both in English and in Spanish, but most noticeably in the English) was also maltreated rather cruelly to make the length of the two versions match up. In this endeavour, nothing was spared: font size, kerning, and leading were all rather randomly and egregiously tweaked up and down on a per-paragraph (sometimes even per-line) basis. The result was a mess, so I decided to start over, keeping font-size, kerning, and leading consistent throughout and simply finding a good balance in size difference where the English and Spanish texts end up being of approximately equal length.

In the first edition, the Spanish text was set in a different (and rather unpleasing, it must be said) colour to the English text, which had the desired effect of breaking the two up quite clearly. Obviously, since weâ€™re used to reading from the left page to the right, a fairly strong visual cue is needed to let the reader know he shouldnâ€™t be doing that here. Unfortunately, the funding for the second edition is not quite sufficient that full-colour printing is feasible, so Iâ€™m having to go a different path.

The strategy I have so far gone with is to choose a font that has both serif and sans-serif variants, and using that as a visual cue: left page/English in serif, right page/Spanish in sans serif (Iâ€™ve gone with Fedra, just because I quite like it and itâ€™s a good, readable font that isnâ€™t overused). The result looks something like this (lo-res, but you get the idea):1 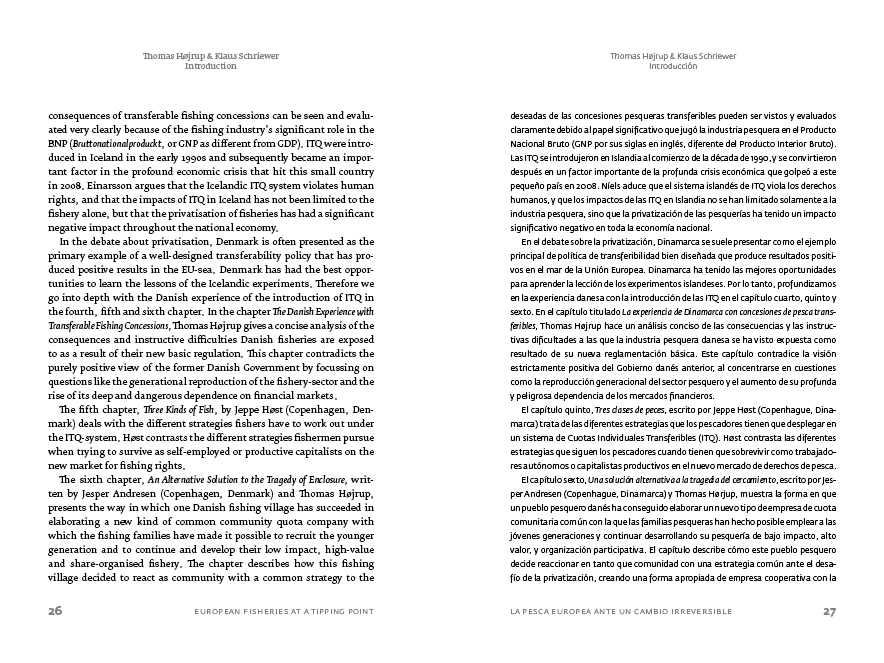 My concern now is that this differentiation is not strong enough to create a proper visual cue: it doesnâ€™t break apart the left-hand pages from the right-hand pages as efficiently as colour does, and I fear the reader will just continue from the English text right into the Spanish text automatically and have to do a little double-take and back up to get back into the sentence they were readingâ€”hardly optimal for good book design!

I have considered a few alternative options on how to make the visual cue clearer, but they have rather obvious downsides:

So, my question in a nutshell is: what are some good, tried-and-true methods for breaking up bilingual text flows like this that do not rely on colour, do not look messy, and do not result in less readable text?

1 Yes, I know the margins need work; Iâ€™m still not sure if Iâ€™m limited to this particular page size or not, that depends on where we end up printing the book.

Here in Switzerland there are quite a few multilanguage Examples with multiple languages on one page (even more than two). 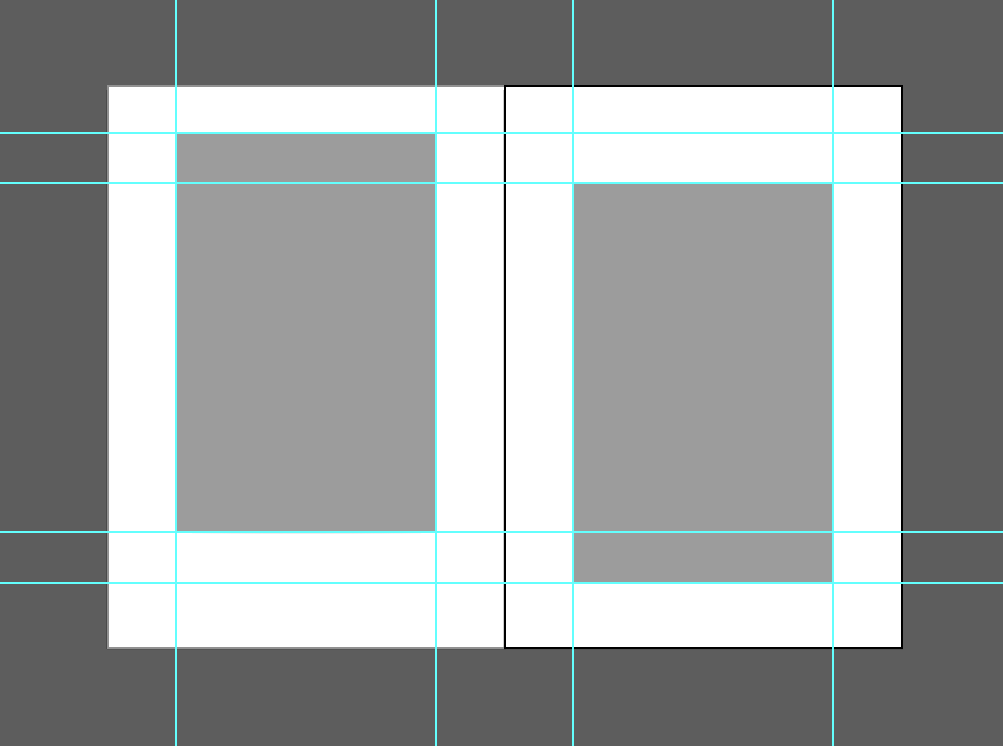 So all in all I think you have a good solution there.