What exactly does the rasterize effect do in illustrator?

What exactly does the rasterize effect do in illustrator ... as compared to object>rasterize, which certainly does rasterize the objects, and I completely understand what it does and it's purpose, but the rasterise in the effects menu doesn't appear to do anything, except add itself to the appearance panel, does it?

Why you should use one or the other is situational.

In some situation, you might even end up using both to make sure your file is fully compatible, ending with Rasterize Object ultimately.

If you try to use both rasterize effects, you'll notice:

1) The Effect Rasterize (In the menu -â€º Effect / Rasterize)

The Effect Rasterize keeps your effect within the paths but will also have the same exact size no matter how you resize it.

It acts like a pattern inserted in your shape and you can use this as a Graphic Style to apply on other shapes later. To change the effect to be smaller, you'll need to change the filter settings or use Object Rasterize.

Your paths will still be editable. You might need to use Rasterize Object on it if you need to export your file to be fully compatible for other software or legacy versions of Illustrator. 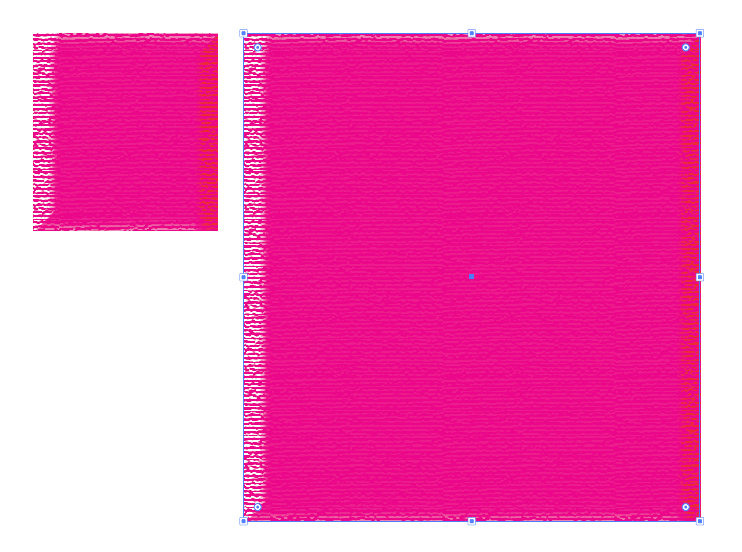 2) The Object Rasterize (In the menu -â€º Object / Rasterize)

The Object Rasterize will transform your effect into a real rasterized image like a picture, including the edges of the paths.

That effect will change in size depending on how you resize the rasterized artwork, the same way as a picture that was placed in Illustrator.

Your paths won't be editable. 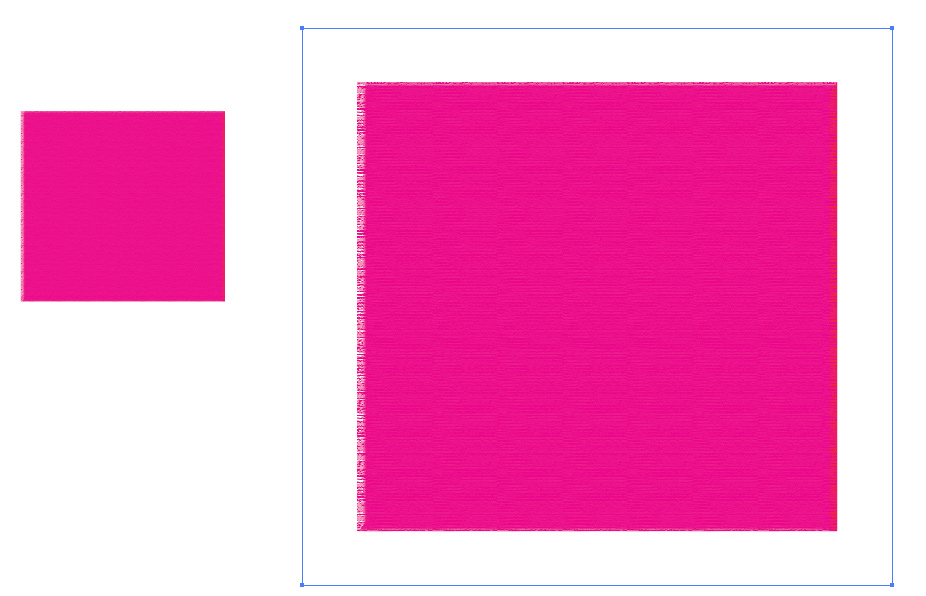 For example: to fill the shapes of a histogram you need to have different height for each bar.

If you use effect rasterize, you can freely resize the height and the effect will fill that bar without distortion, like a pattern (like a background repeat in css.)

Notice how the pattern doesn't get distorted and gets adjusted to the size of the shape.

You may wonder why rasterize the effect with the "effect/rasterize" if it does the same as if it wasn't rasterized; for performance.

If you have a lot of effects applied, you'll notice it can become very "heavy" for the computer to process. Rasterizing will help in this case.

But even better: one nice feature about the effect rasterize (unlike object rasterize) is that you can work at low resolution and then change it back to high resolution later in the "appearance" panel. That can be useful if you need to work on a project that uses many effects; you can work at 72ppi to create your layout and change it to 300ppi when you're ready to export the file at high quality.

With the object rasterize, you can't go back like this. 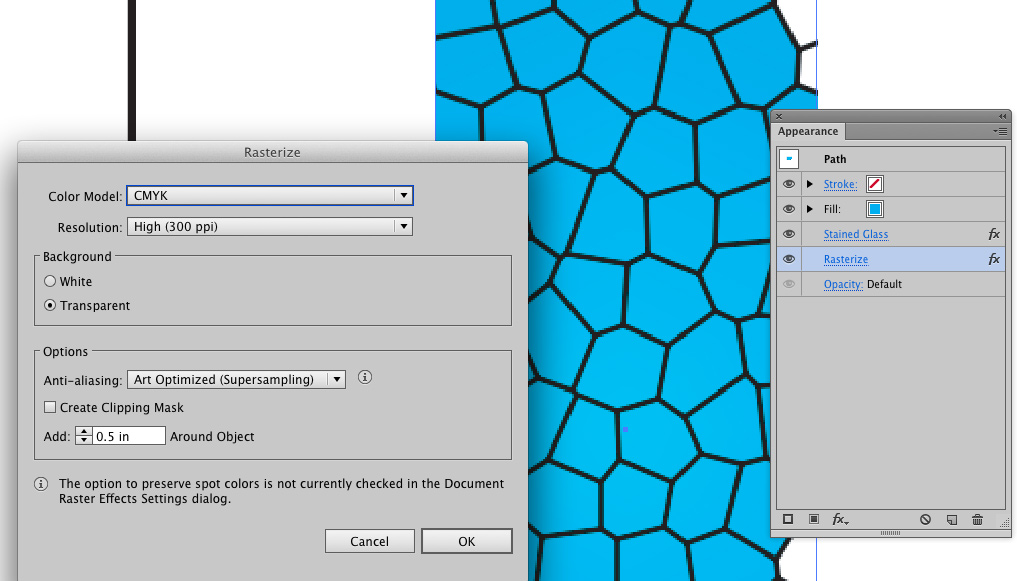 You use effect rasterize because: 1) you want to be able to modify the paths or shapes, and 2) for performances and 3) because it's convenient.

Object rasterize is like doing a create outline on the text of a layout that you want to edit later... You will need to absolutely keep a "non rasterized" file if you ever want to modify something AND not forget to note down what effect+settings you used on the effect to get the exact same one if you need to re-create it again!

Object > Rasterize is destructive. Once it rasterizes something the only way to un-rasterize it is to use Edit > Undo

Effect > Rasterize is non-destructive and designed to let you preview how rasterized objects appear without actually rasterizing anything. (Objects get rasterized upon output if the effect is in use).

Why you'd use the effect... to get a pixel preview of objects without editing them in a destructive manner (object menu). If you are using squared-off objects such as rectangles, then the rasterize effect is not really going to make things dramatically different in visual terms. It's when you have curved objects, or odd shaped objects that you'll notice the effect having an impact.

Note the vector path for the object is still present when the effect is used. This allows for alteration of the vector shape, as opposed to the non-editable version when using Object > Rasterize. The anti-aliasing isn't as smooth when using the effect, but the effect is more designed to preview the rasterization than to be a direct representation of a raster object.

The reality is you can just turn on View > Pixel Preview to see how objects will look when rasterized. The effect is a legacy relic from before Pixel Preview was added to Illustrator and Adobe generally tries to avoid removing features. I'm unaware of any instance where the effect would really be needed. But truth be told, I don't know why you'd manually rasterize anything in Illustrator either, except perhaps to temporarily sample a color.