I have a question about using rich black for a print document. In InDesign, I set a rich black color for the background (0/80/0/100), and I need to set a faded round gray shape, with an opacity around 30-40%, on top of the black background. I create this shape in Photoshop and import the PSD file in InDesign.

Issue : as the rich black contains Magenta, and the gray has transparency on top of it, it appears colored (because of the Magenta in the mix). 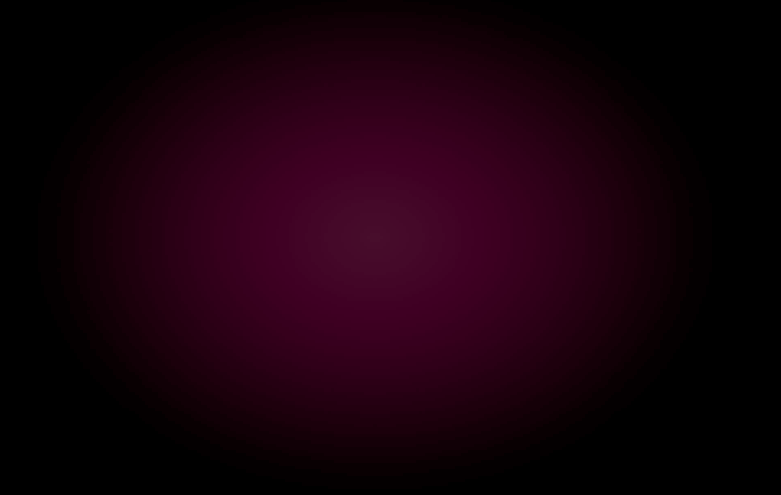 Is there a solution to make the gray actually gray on top of my rich black background ?

Thank you very much !

Because of how you black is being decomposed, you'll always see the other tone when using a rich black, especially if you use high density of colors other than black in your recipe.

As you know, your rich black has a large tint of magenta, it's totally normal the gradient will look a bit brown.

In Photoshop, the only way you could achieve what you want is:

1) by lowering the density of your magenta and adding some other color to compensate and neutralize it in the gradient.

The gradient will always remove every tone in a proportional way. You cannot have a rich black heavily tinted with magenta and gradients that go to pure black in the lower density, but you can neutralize that effect by enriching the other colors in your black. Whenever you use a rich black, you also have no other choice to choose which tint your black will be and which tone is acceptable for your layout.

But maybe you really need that exact recipe of rich black for some reasons. The option #2 might work for you then.

2) You could adjust the curve or levels of your magenta in that gradient.

But this might end up creating a zone where the magenta will be more visible and your gradient might look less consistent because of the drop in density. To help on this, you can still add a bit of the other C-Y color to hide that effect, especially if you are working on a print-project.

It's still possible to adjust this lightly to at least remove the magenta in bigger proportion in the lighter parts of your gradient and keep more percentage of black there instead. This should make the magenta less visible where the gray is lighter.

You need to be careful to not drop the magenta too brutally in your levels if you work on print projects, this effect might look amplified once printed.

More details here on rich black and normal black in printing, and some extra tricks.