What does Expand Apearance do in Adobe Illustrator?

As the title asks what does it do? When and why we need it?

Can anybody explain with an example for me?

To put it simply: lots of effects in Illustrator involve automatically generating vector shapes in a pattern based on rules that can be tweaked and re-applied. Normally, you can't select those shapes, because they're part of the pattern, brush, etc etc.

"Expand appearance" breaks these effects, turning the automatically-generated shapes into normal vectors you can edit.

Suppose I create a scatter brush of this dorky-looking face, and I apply it to a brush path: 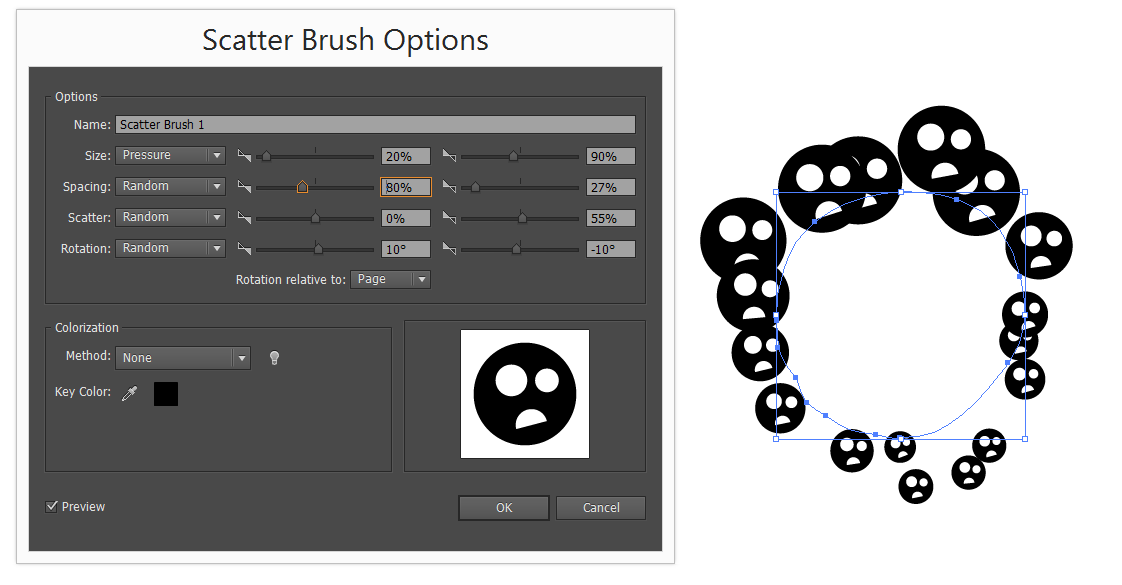 Illustrator auto-generates lots of sized, scattered rotated vector faces - but I can't select them because they're tied to the brush settings and the path. Normally, that's a good thing - it means I can move the path around, tweak the brush settings, etc etc.

I'd use "expand appearance" if I wanted to break the link to the path and the brush so that I could select those dorky faces manually:

They're now lots of regular, normal vectors which I can edit manually. But I've lost the ability to change the brush settings or move the path they were attached to around. It's a good idea to keep a copy off the artboard / on a hidden layer before expanding a pattern in case you decide later you wanted to change it.