Which font is the one used for the Euro 2012 Logo?

I need to know which font is used (or another similar one) for the UEFA Euro 2012 Logo? 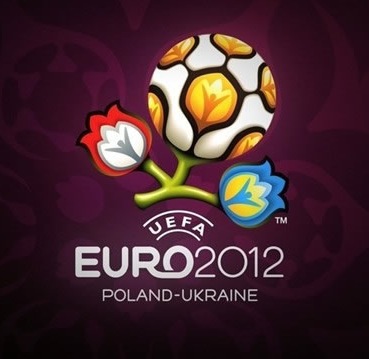 The year looks to me like Century Gothic but the EURO part looks custom or maybe edited.

you can always try:

1.take a screen grab to get the font into a bitmap.
2.In Photoshop remove any extraneous artifacts
3. go to what the font
4. upload and follow the online steps to help the site recognize the letters
5. It will output the fonts the text you uploaded resembles.

Have fun designing with your newly found favorite font.

The closest match I could find is Bryant, but there are some subtle differences, particularly in the letters K and E and in the shapes of the numbers (which look very close but not quite the same). Of course, the "RO" part of the logo is obviously custom, so it's hard to say how much the rest might have been tweaked as well.