What is this two color photo effect called and how to make it?

I like the effect on the images used on this Spotify page, and out of curiosity I'm trying to replicate it in Illustrator. It's not a simple multiply mask, and seems a more involved than the kind of duotone I can do in inDesign. 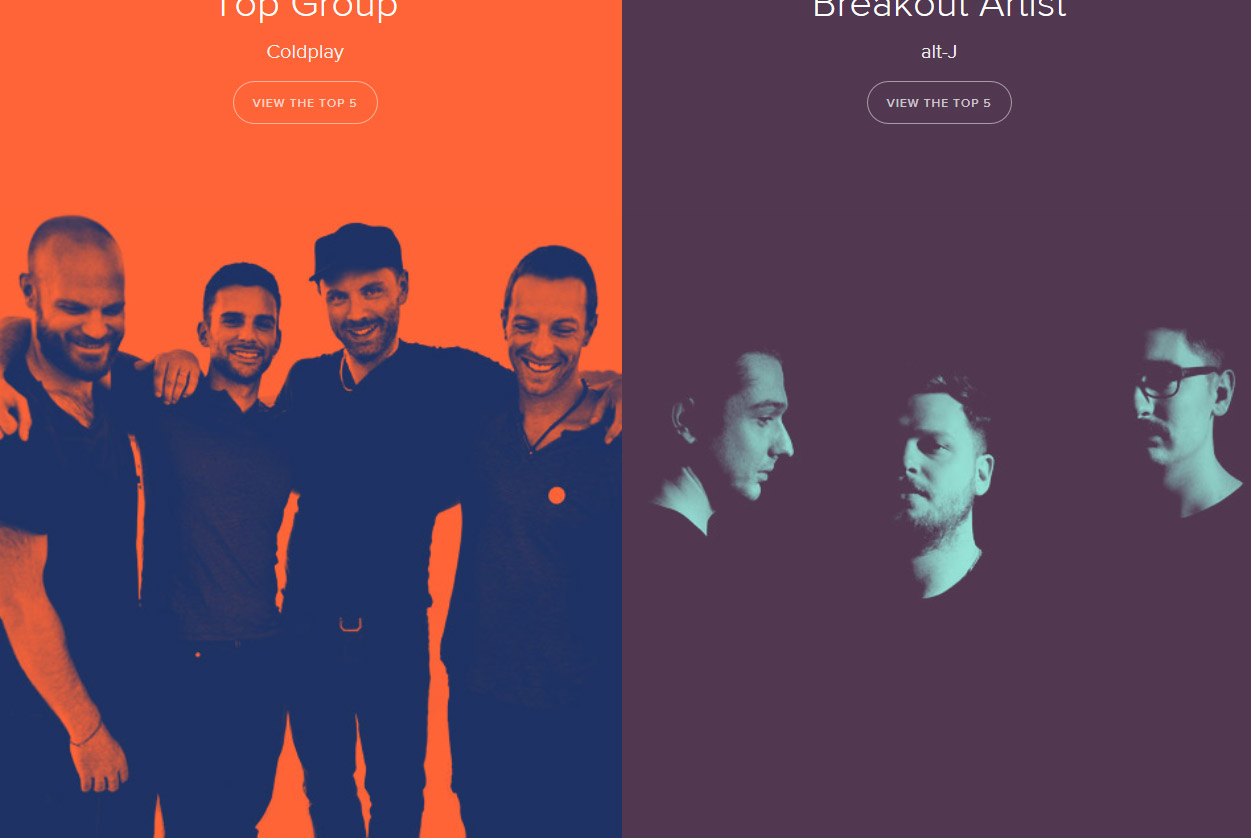 On paper, they'd be high-contrast duotones. Or, possibly monotones printed on colored paper with opaque inks (such as via screen printing).

Possible other ways to describe the effect would include:

Make a greyscale image, save as either a JPG or TIFF (doesn't work with EPSs) and import into InDesign. Colour the box as usual, and use the direct selection arrow to colour the image.