What font is used in the SGS ISO logos?

I am trying to generate a vector image of the SGS ISO 9001:2000 certification logo. I have a vector for the SGS ISO 14001 logo (attached here) but the text is not in editable format...the designer converted the text to paths.

Ideally, if someone knows where I can obtain a vector of the SGS ISO 27001 logo, or any SGS Logo with editable text (not converted to paths), that would be best. However, if that is not available, I would appreciate if someone could help me identify the font.

The only part of the logo that needs to be changed is the orange text 9001:2000. The ISO and the remainder of the logo elements are shared between the various different certifications. 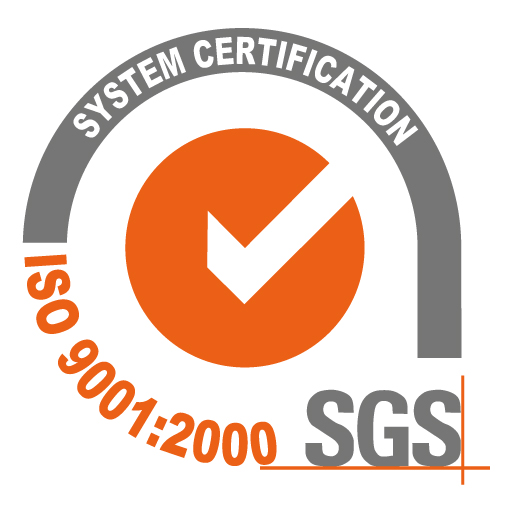