How to reverse path orientation in Sketch.app

I was having difficulties when trying to subtract one shape from another:

(the selected triangle should appear as negative space) which seemed like a bug until I tried to flip the triangle horizontally:

For those who are not aware of it, this method is used in digital typography to define negative spaces and requires no further actions. i.e in Glyphs.app: 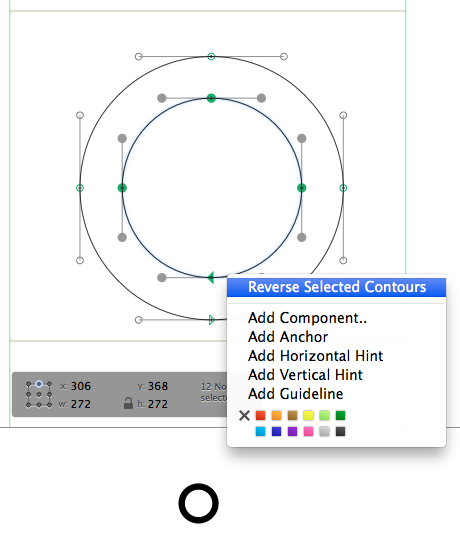 I believe this is what you're looking for: 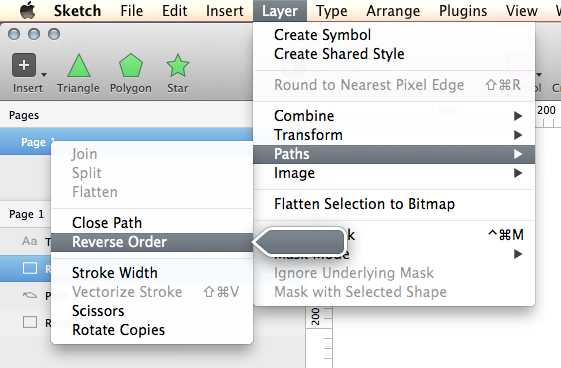 You seem to already have a handle of it, but here's a nice article explaining how Sketch deals with things.