Assuming I have a cube drawn in two-point perspective (or even three-point).

I'd like to draw a sphere inside the cube such that it touches all sides.

A sphere becomes a circle on paper.

I thought at least finding the center would be trivial (drawing the diagonals) but I'm no longer so sure this gives the right result.

Just to clarify, this is a pen & paper question. Rulers are ok, computers are not.

To draw a sphere inside a cube, you first need to find its center. This is indeed quite simple: just draw a straight line from each corner of the cube to the opposite corner. The point where the lines intersect is the midpoint of the cube, and thus also the center of the sphere drawn inside the cube: 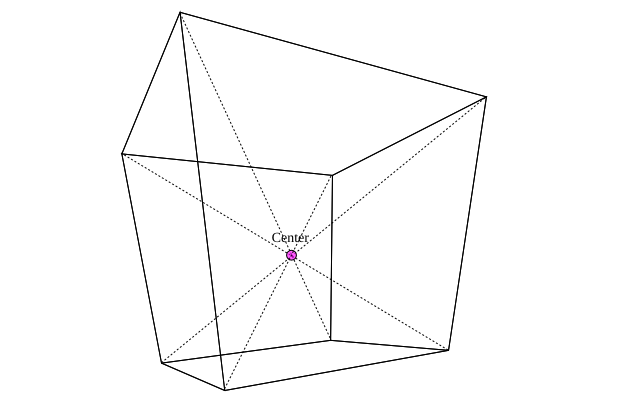 (If these lines don't all intersect at the same point, your cube is not actually a cube, or even a general cuboid.) 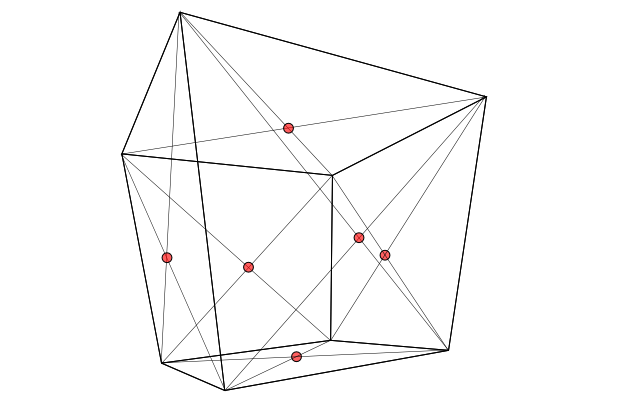 These are the points where the sphere will touch the faces of the cube. The problem is that, unless one of the faces happens to be exactly edge-on to your viewpoint (so that it appears as just a line in the 2D projection), these points will not generally lie on the edge of the circle obtained by projecting the inscribed sphere into 2D.

The solution is to first sketch the great circles that connect the contact points on the surface of the sphere. In the 2D projection, these will be ellipses that pass through four of the contact points; they will also be tangent to the lines that divide each face into four smaller squares (not shown), i.e. they will pass approximately halfway between the diagonal lines: 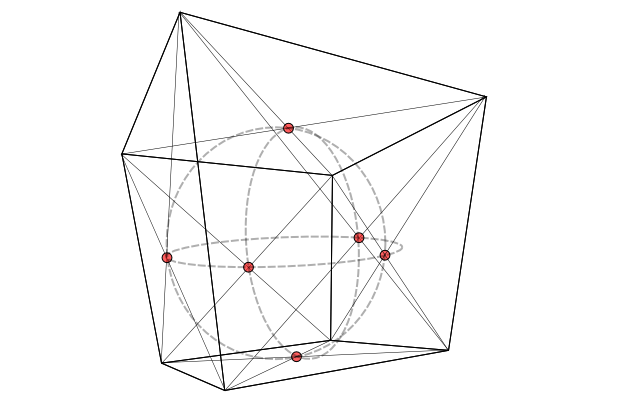 Finally, pick the radius of the sphere so that it is tangent to these ellipses: 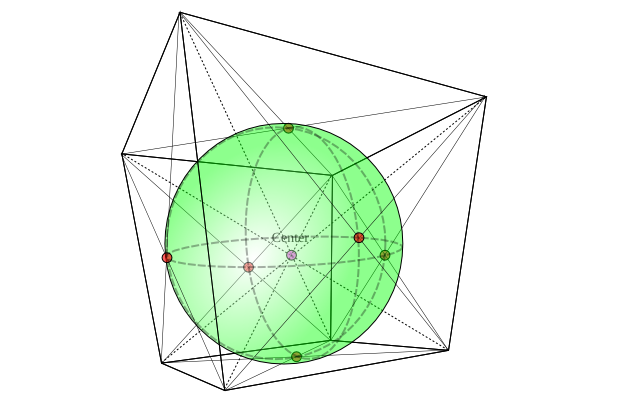 Now, if you look carefully at the picture above, you'll notice that the sphere I've drawn is not actually centered on the center point of the cube (and it's not even really a sphere, but an ellipsoid). What gives? Well, the problem is that my "cube" isn't really a regular cube, but just a rectangular cuboid (because I couldn't figure out how to get Inkscape's cube tool to give me an actual regular cube, so I had to eyeball it, and got it a bit wrong). Still, it at least looks like it's approximately nested inside the cube.