Examples of medieval and Renaissance typography?

Do you know any fonts that mimic the typography from the Renaissance era?

The thing I'm working at is a logo for a Jousting Simulator. This game took place both in the Medieval era and the Renaissance era.

I don't know if it's that important to use Renaissance typography (even though the Castle for which this product is made is from that period).

Some guys used this font: 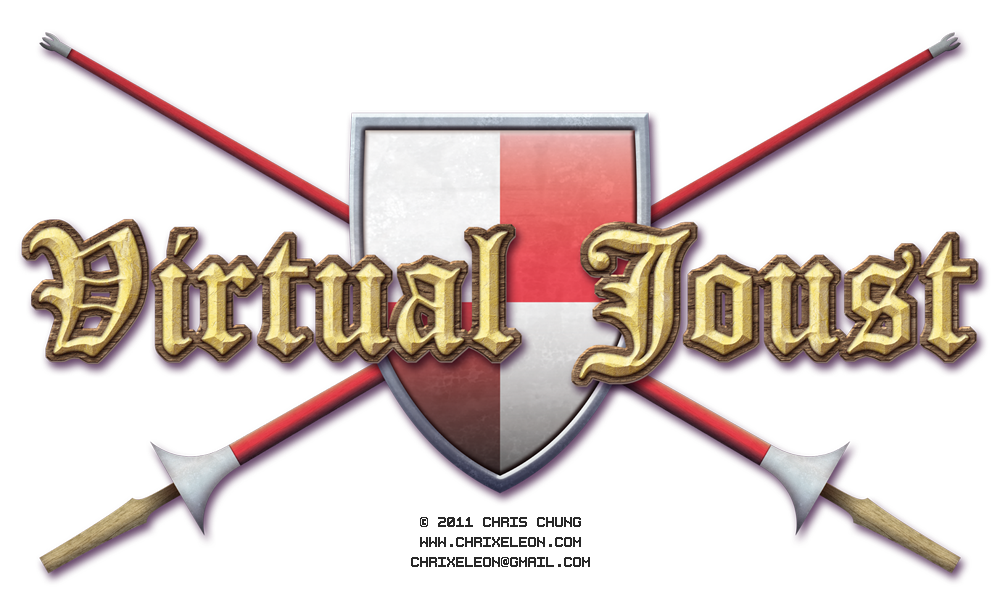 What do you think of this font:

What you are looking for, is a Blackletter or Gothic font, such as these: 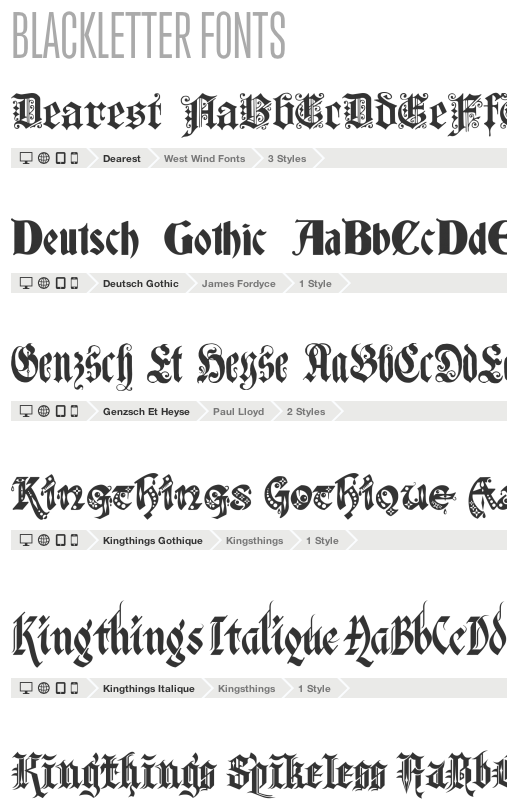 They span from the medieval to the renaissance, but are probably generally seen as being medieval rather than renaissance. There are hundreds of fonts like these, you will find a lot here and here.

The Renaissance was roughly from the 14th to the 17th century, but Renaissance meaning "rebirth" it is often referred to the latter part, as the influence of "classical" arts became more pronounced.

Seems to me you are more interested in the late medieval.

Which one you should use? Much dependant on context. I would personally suggest you stay clear of Old english, as it is so overused it is painful.

Your second example seems to me a perfectly good option. The one in the logo makes my eyes hurt from all the clichÃ©s piled up; a very last-century-design. But that is my personal opinion. But it is all about how you treat the font. Just make sure it is reasonably readable.

I think your confusion with adding "scandinavian" might come from a misunderstanding that these kind of fonts are often used by scandinavian heavy metal bands, but there is no cultural link there at all.

Edit: regarding Denmark: you could then focus on german blackletter as that would be the closest cultural connection you will find.

Just for completeness, Tycho Brahe was a 16th century Danish astronomer and astrologer who publised several works, even eventually building his own printworks at Uraniborg so he could be sure of secrecy and accuracy.

His print typefaces are what are now called Old-Style serif. The Tycho Brahe Museum has several examples and this is the title page of one which was printed at Uraniborg: 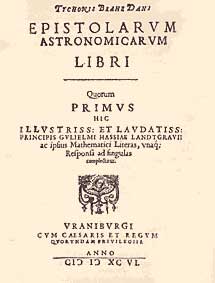 It's small, but still possible to see the general letter shapes and even the italics in the very top line. A close modern equivalent is Garamond, named after Claude Garamond (c. 1480â€“1561).

Various examples of typefaces using the name â€˜Garamondâ€™ are illustrated below. The topmost sample (Monotype Garamond), as well as those for Garamond 3 and ITC Garamond, are actually based on the work of Jean Jannon (1580â€“1635) â€” note the steep, concave upper serif of â€˜nâ€™, and the slightly more irregular proportions. [Wikipedia]

Obviously these aren't going to be right for your application if you're looking for a Gothic/Blackletter, but it does illustrate how the Renaissance altered type design and technology.