In typography what is an open counter?

Wikipedia defines counter then gives examples.
Then it proceeds to give examples of open counter without having given any definition of it:

So, what is the proper definition of "open counter"?
To illustrate, could you give a handful examples of characters that contain no open counters?

The counter, which is the inner part of a letter, for example, the space inside an 'o' and 'O', a 'D', etc. The counter of an 'e' is commonly called an eye. When the letter is open at one end, as is the case with 'n' we speak instead of an aperture.

I have drawn my interpretation of open counter in green below, is it correct? 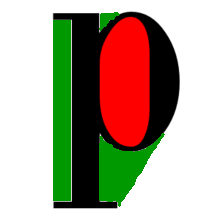 A counter is a lake.

An open counter is a bay. 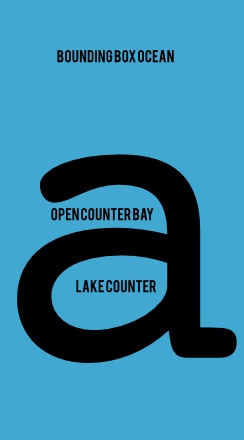