How do I create a partially transparent overlapping "Stain Glass" effect with shapes in Photoshop? 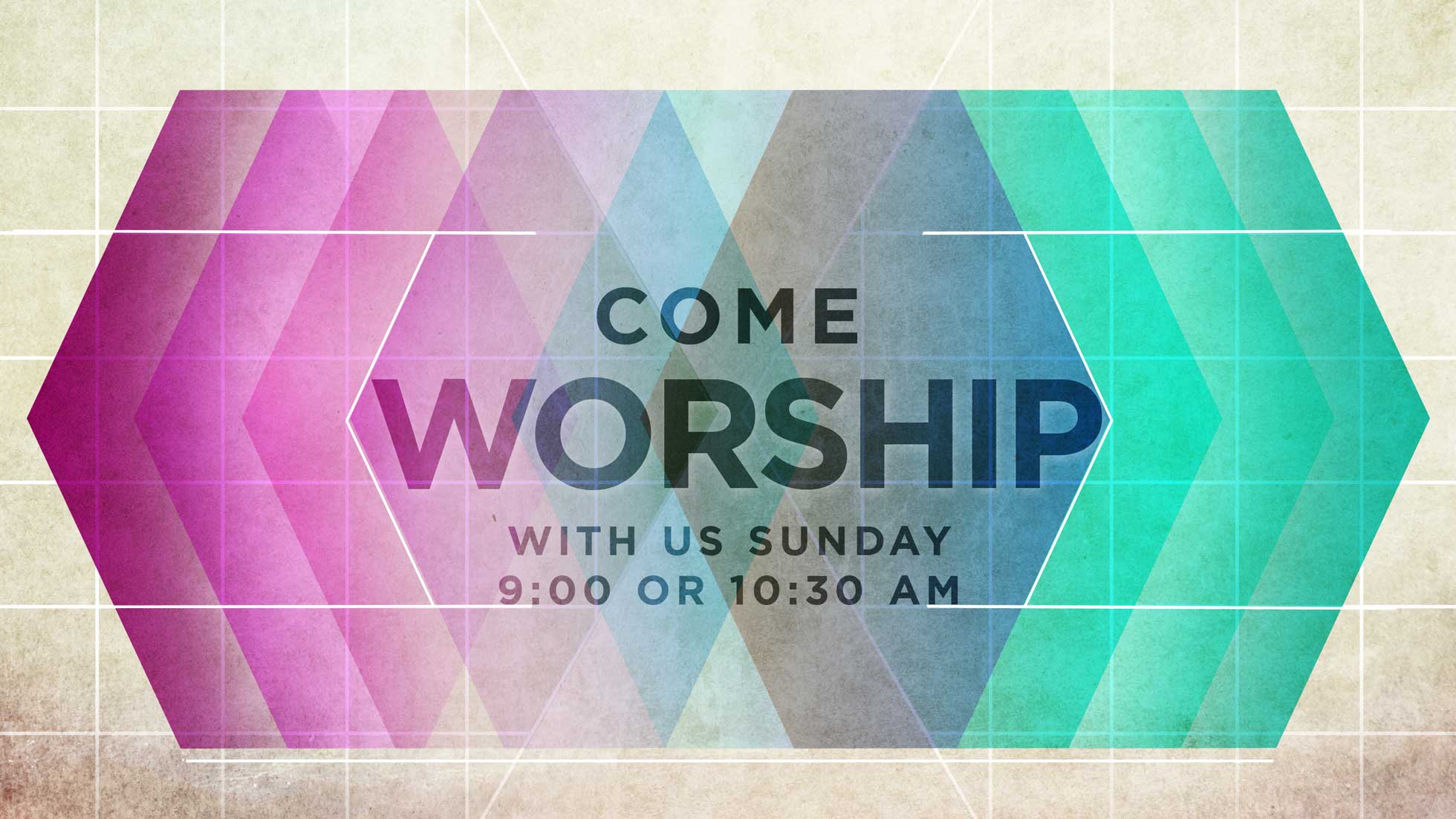 I like the repeated shape, with color "overlap" but I do not know what to call this, or how to create something similar in Photoshop.

How do I create this effect in Photoshop?

Like many terrific repetition effects, this one is much simpler than it looks. The layout technique is called "Step and Repeat." As the name says, it's done by stepping a fixed distance, repeating the element, stepping again and repeating, as needed. This is the basic way that any pattern is created, but it's not restricted to making patterns.

In Photoshop, you can accomplish the same thing via the Edit > Free Transform command.

This "Copy and Repeat" technique works for all transforms, by the way, including scaling, rotation and skew. In this example the basic hexagon repeats, evenly distributed from either side toward the middle.

In CS6 and later you can use vector shapes (stretch a six-sided polygon created with the Shape tool), each on its own Photoshop layer. Fill with a color-to-transparent gradient and change the Blend Mode to Overlay. This augments that overlap effect created by the partial transparencies of each layer adding to the one below. Each blend mode will give you a different effect, so you've plenty of effects to choose from.

In earlier versions, create shapes at first, then use Ctl/Cmd-Enter/Return to change the shape path into a selection, and fill the selection on its own raster layer with a color-to-transparent gradient as above. You can also use a soft-edged brush to paint the color gradient to the edge of the selection, following the shape. The artist who created your example used that approach.

That will give you a starting point from which to experiment.

I agree I would do this in Illustrator, but since you ask for Photoshop, here it goes. There are probably endless other ways of doing it, but this is what I did, using colour layers to be able to easily change the colours. 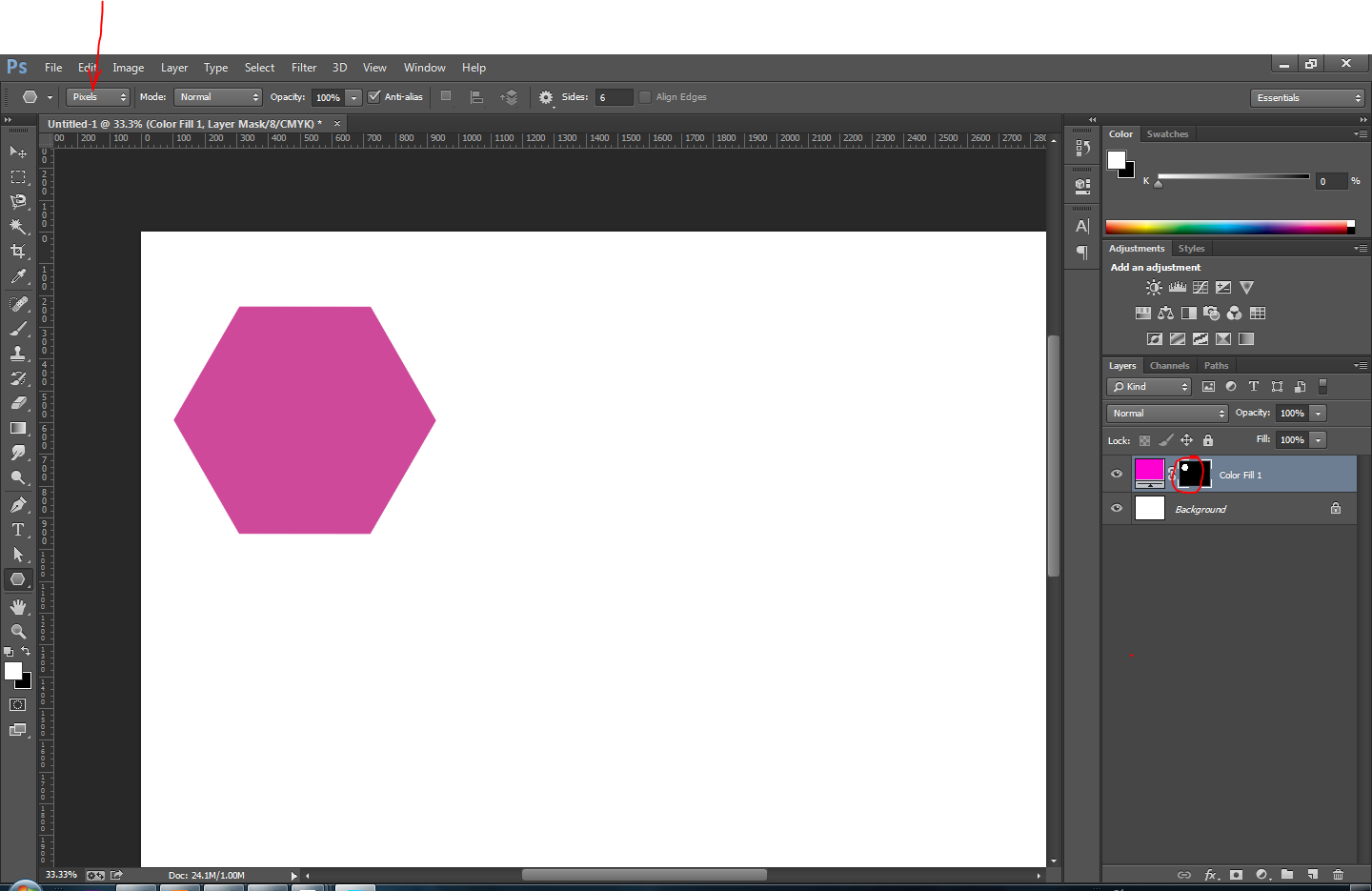 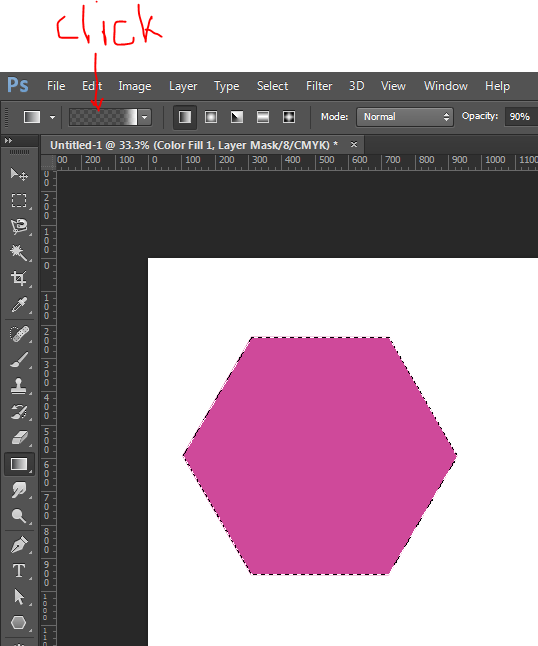 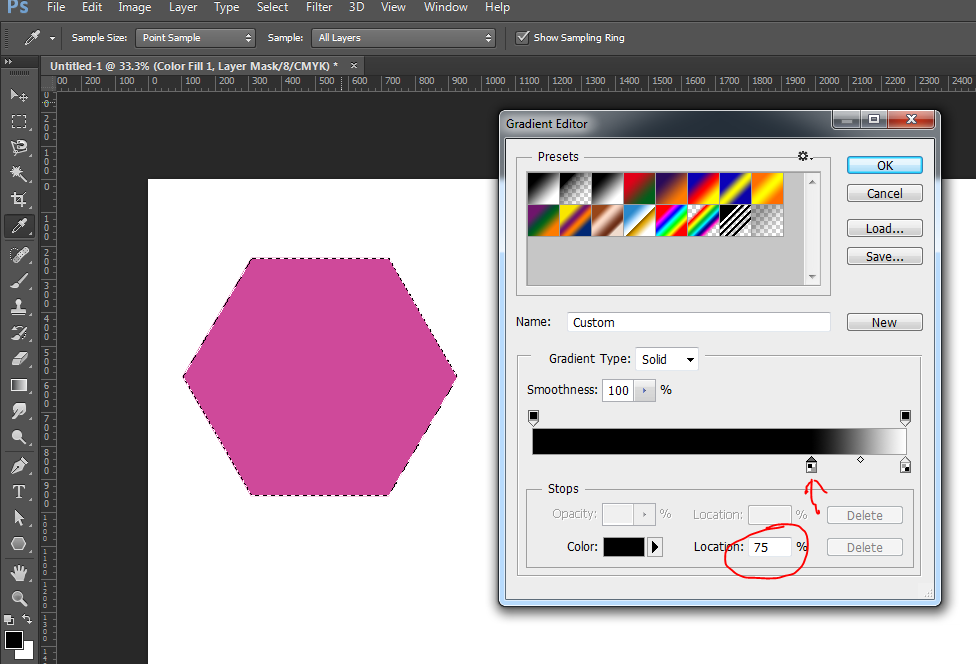 Now you have your hexagon with the hexagon gradient. To create the rest of them, just

To create the opposite hexagons, draw a marquee around the hexagon (again, with the mask selected), press Ctr-T to transform the selection and rotate it. 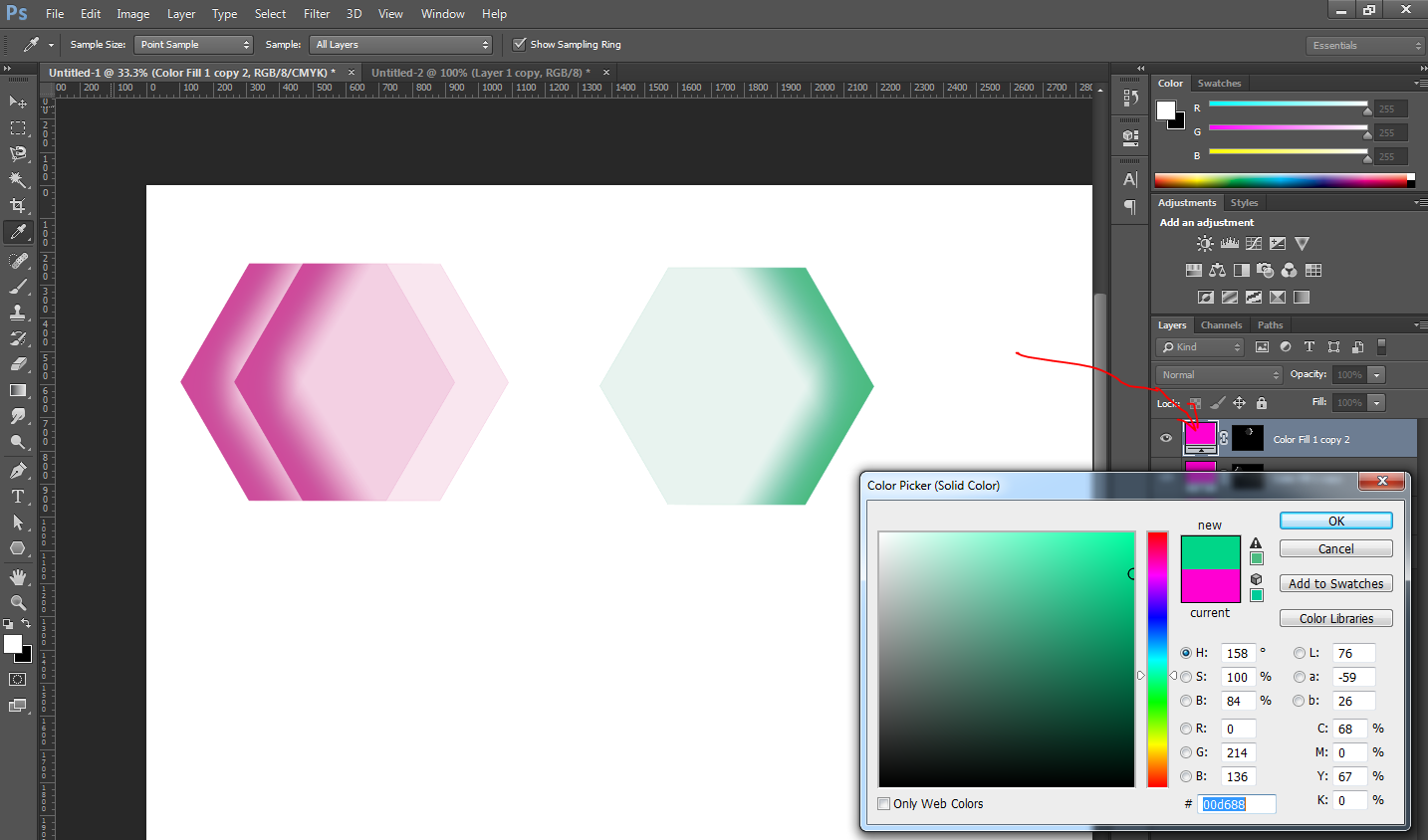