How to make circle with bordered boundary using ellipse tool

I am trying to make a simple "Q" logo in gimp.

Instead of just typing the character "Q" in big font I am trying to make it using "Ellipse tool". However, I don't know how to make the borders of the ellipse circle bold or hollow. Can someone show me how to do this? 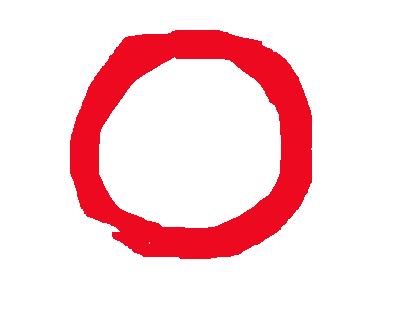 When I try to do this using ellipse tool this is what I get: 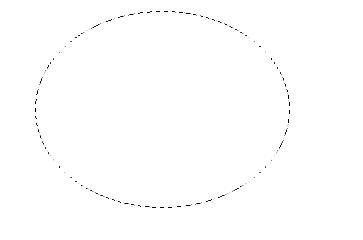 The "ellipse tool" is actually the "Ellipse Selection tool" in GIMP: by using it you create a Selection on the image.

Selections in image drawing programs, including GIMP, are not part of the visible image per se (they are indicated by the "marching ants" boundary, but are invisible in any saved or exported version of the image) - rather, selections delimit areas which can suffer alterations by other tools and filters, so that one can limit the application of a filter to the selected area of the image. As in text-based applications, they also denote the area of the image that will be copied in a edit->copy, paste sequence.

However, GIMP has got a simple command to commit the border of a selection as part of the image: just hit the Stroke Selection... option on the Edit menu. You will be presented by a dialog box where you can fine tune the desired line style, and pressing OK there will actually draw the active selection (an Ellipsis if you had drawn it with the Ellipsis Selection Tool) into the image.

I should further mention you can fine tune the paintbrush options and even the Painting Dynamics to fine tune the boundary color to a vast possibilities of painting effects - but simply hitting "Ok" in the dialog that shows up under the Stroke Selection command will render a nice ellipse, in the current active foreground color.

In time: since you want the letter "Q" you will probably want the extra crossing glyph, beyond the ellipse: I'd say you to use Selection->To Path to get your ellipse as a Vector stroke, and then use the Bezier tool (a.k.a. Paths tool) so that you can complete the "Q" as part of the same vector that contains the Ellipse. Proceed like this:

After drawing the "Q" as a Path, you can use the command Edit->Stroke Vector instead of the similar mentioned Stroke Selection to render the pixels.