How can I achieve this stamp / photocopy effect?

this is my first question, cause usually I find the answer I'm looking for on the forums. 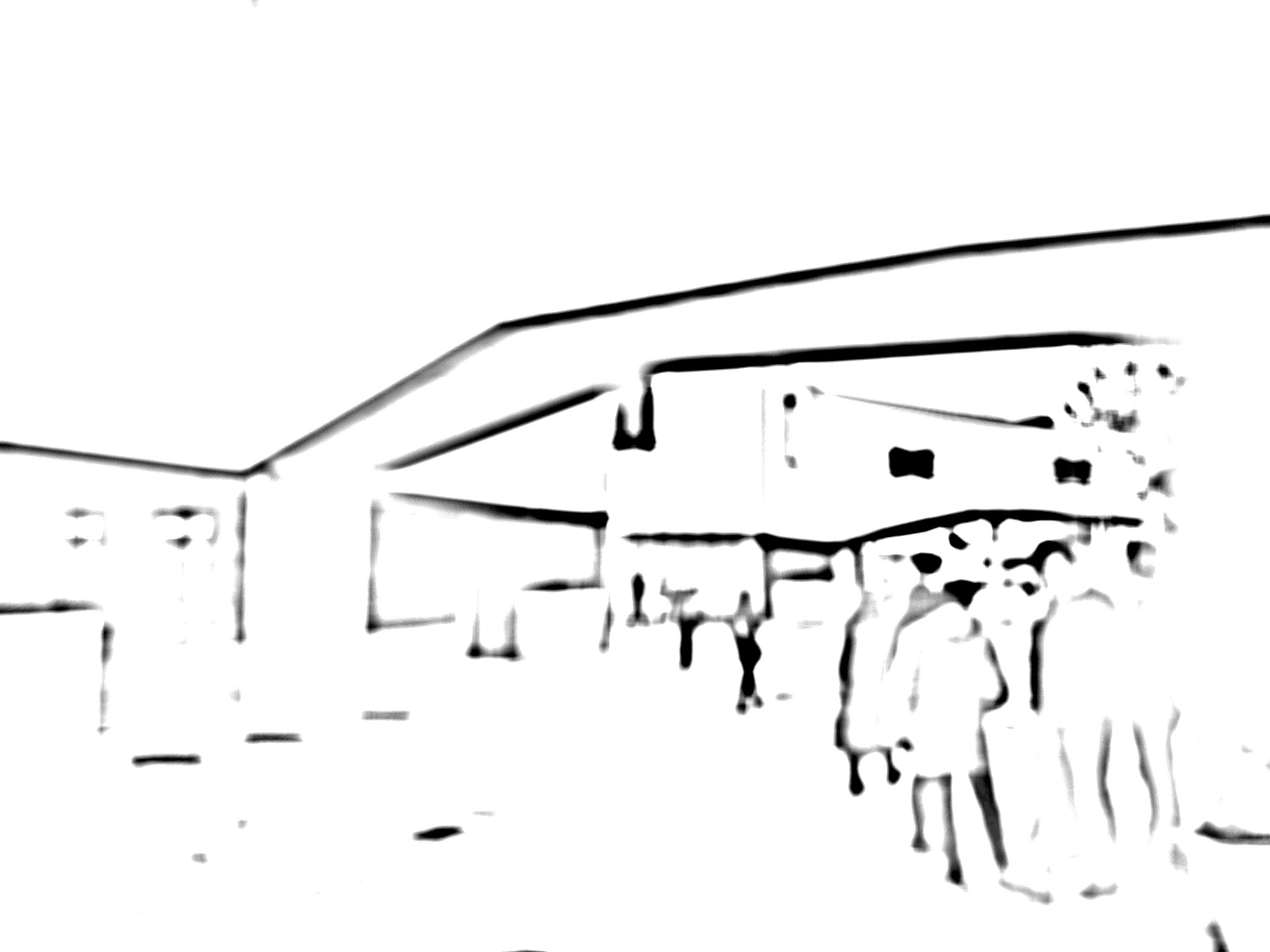 That image was made with Sketcher effect with Pics Art app for Android. How could I mimic it using Photoshop? Looks much like the the refine edge mask, but I'm not able to isolate it. Thanks

Thanks to everybody contributing to this thread. The following sequence indeed got me very close to desired result: brightness and contrast up, photocopy, invert, smart blur, accented edges or palette knife, gaussian blur. Still, my result shows rather hard edges compared to the washed out effect of the original. Thanks again! I would like to vote you up, but I haven't got the necessary credits (15) to vote, sorry. 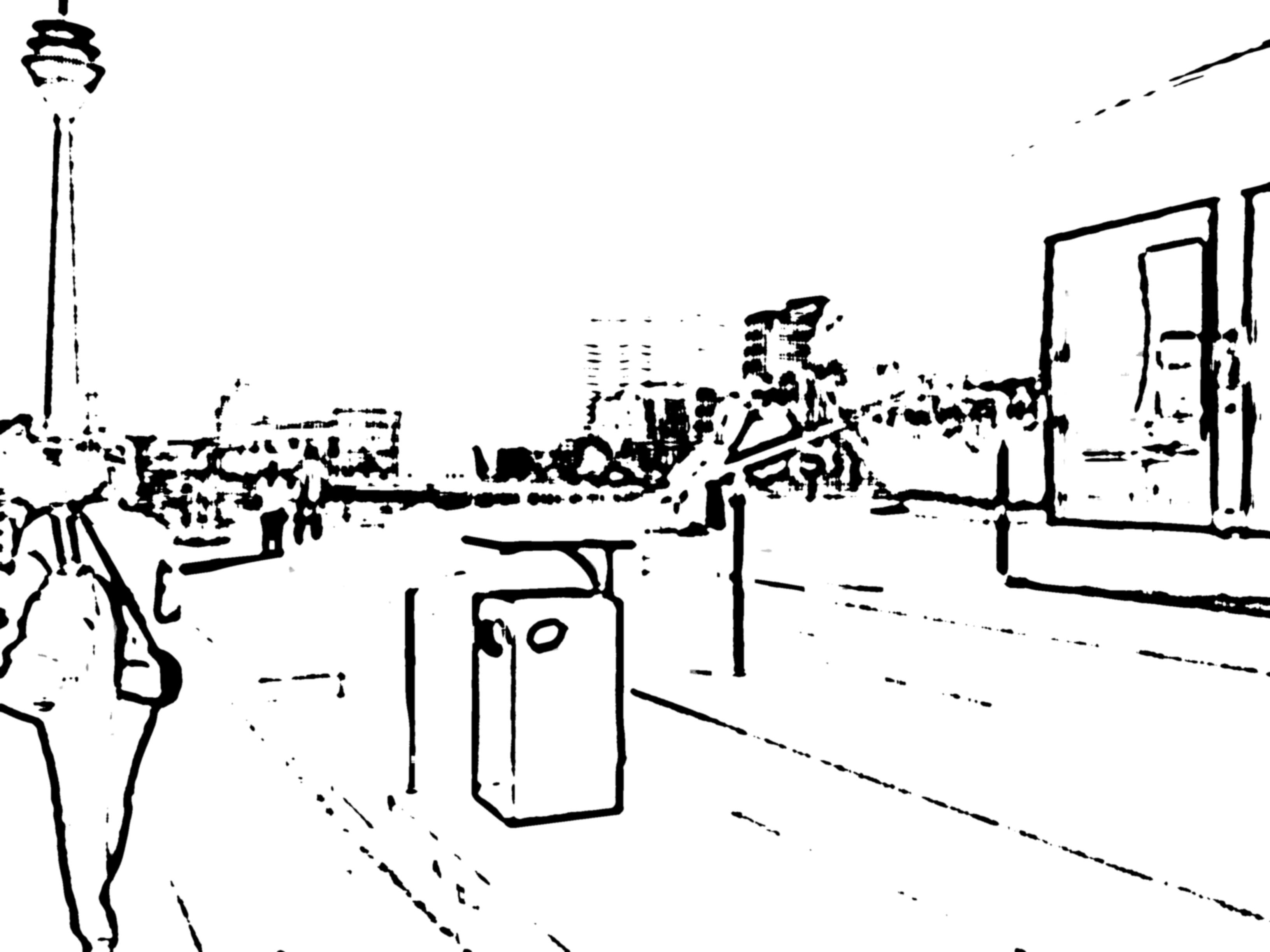 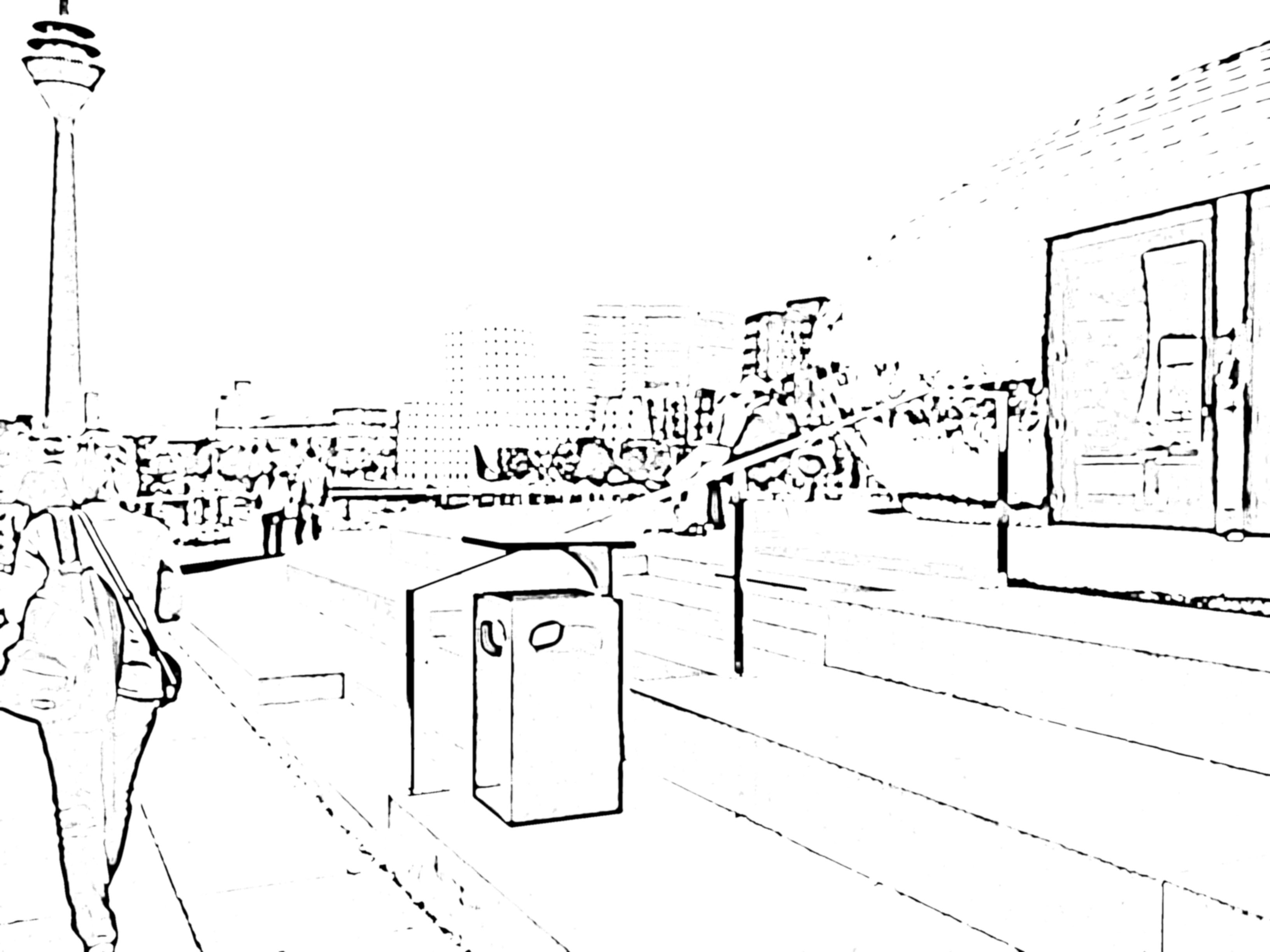 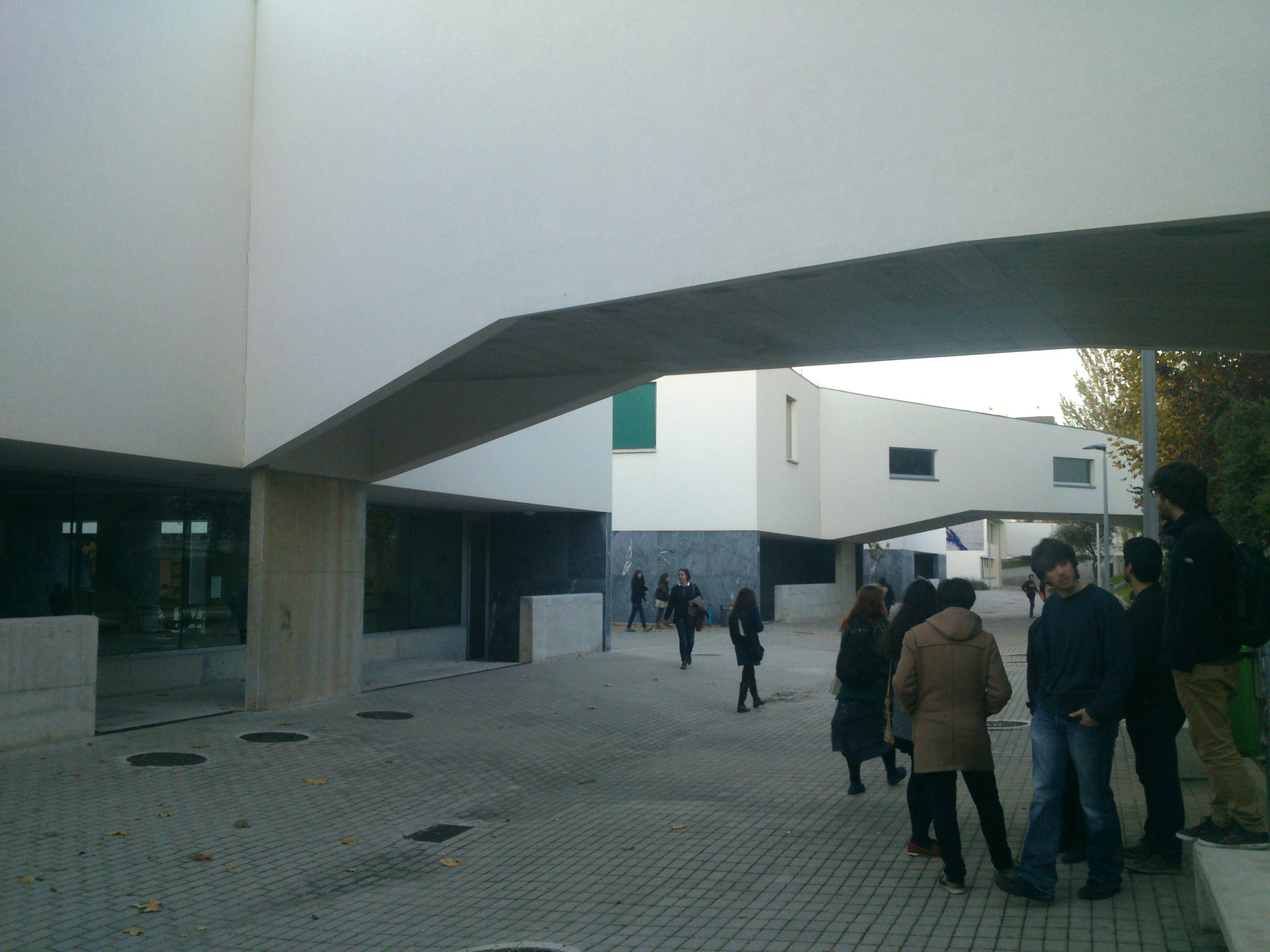 The Photocopy Effect in Photoshop will probably come closest to this.

But before applying it to the source image you're going to need to push the contrast way down, and adjust the brightness to get this level of minimalism from the effect. And possibly do a couple of big noise reductions to the image to take out any sharp edges.

Photocopy Filter (effect) is in the Sketch section. As per Adobe's very common abuse of naming conventions, logic and user experience.

EDIT: As per your upload of the original... here's a VERY quick demo. I only tried once, using the method I've described, and have not bothered doing ANY fine tuning, that's your problem ;) but does give you the space to do it with all sorts of fine tuning to taste you probably won't get with that Android app. 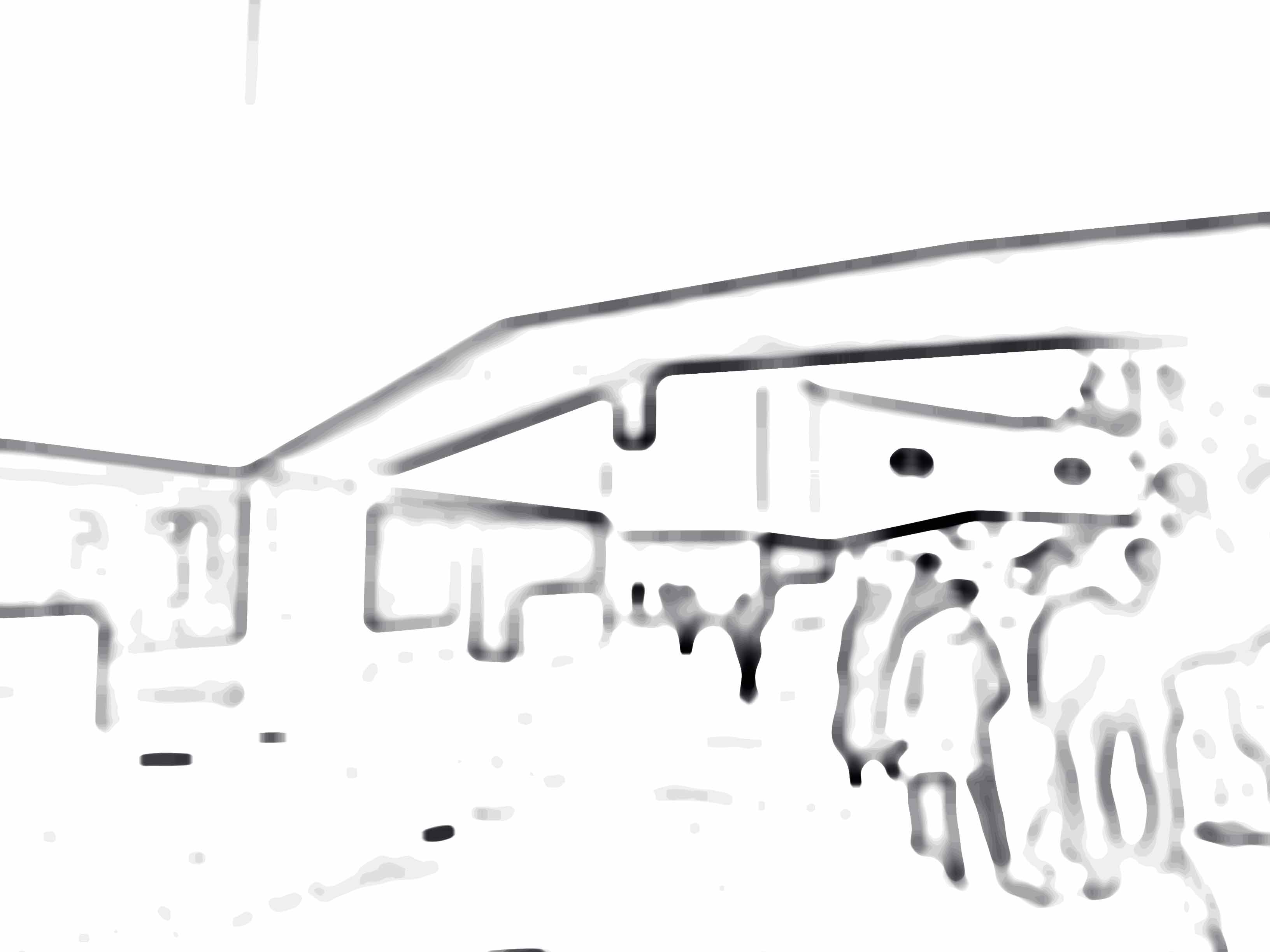 And here's what I did, in the actions panel. And just as per my original description, I've massively reduced contrast, but haven't bothered touching the brightness, then I did a couple of big noise reductions to take out some of the sharp edges.

Finally I duplicated the result and multiplied it with itself. 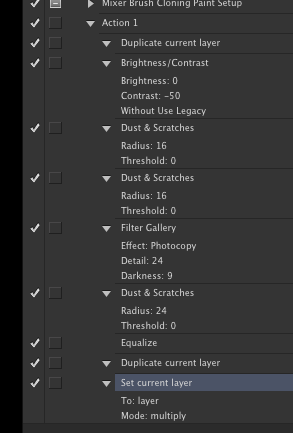 Toggling the Light/Dark Balance as well as the smoothness in this filter may achieve very close to the result you want depending on the source image of course.

Here's a quick example of each filter; 1- Original, 2- Photocopy Filter, 3- Stamp Filter do remember that the background/foreground colours that you have selected will influence the filter.