I'm wondering if there is a way to setup an Action in CS6 that would be able to determine the dimensions of an image or layer?

Ultimately, I'd like to create a watermark essentially which would stamp the image with its own dimensions.

I'm not sure that an action is necessarily the best option for you. A script could do something like this fairly easily. This should give you some useful pointers as far as basic scripting goes..

Basically, the script has to do a few things. First, get the layer dimensions and save them as a variable. Then, make a new text layer, and use the variables as that text.

Below is the basic skeleton of the script:

You can run this by copying and pasting this code into a file named "dimensions.jsx", then going to File->Scripts->Browse and navigating to that script. 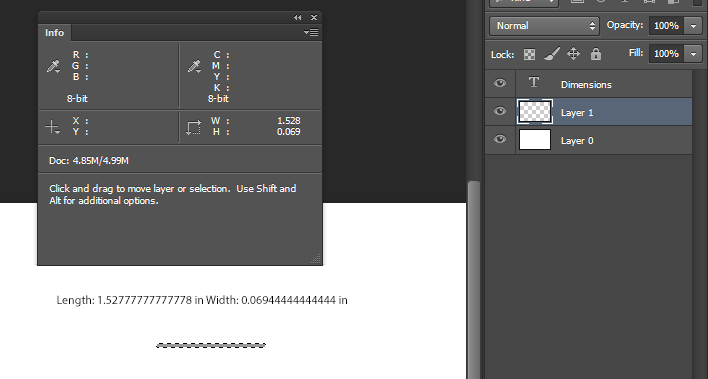 Let me know if you have any other questions!