What tools can I use to create Fractal Art?

There are many fractal generation softwares such as the free Xaos and Fractal Architect 2. I normally use Mathematica to generate fractals and process them later with editing tool but this time have to work with an art project where things must be perfect.

We are creating a large indoor print over the facade that will be up for a month. Our idea is to create a flower facade with fractals, orbifolds and other mathematical patterns -- we have so far worked with Mathematica but tools such as Fractal Architect 2 may speed up designing and crafting. For the print, we need apparently CMYK colors so have to be sure the software support it or other printing colors. And we need to make sure there is a way to export Mathematica things. So far, we don't know yet which softwares even support CMYK or similar.

Is there any superior fractal generation tool designed for graphic artists?

What kind of features should I look at in such tools?

You can do a "fractal-inspired" look in Gimp, which is open source and free, using the Fractal flames plugin.

Curious note: Fractal flames are a member of the iterated function system class of fractals created by Scott Draves in 1992. Dravesâ€™ seminal open-source code was later ported into Adobe After Effects graphics software and translated into the Apophysis fractal flame editor. 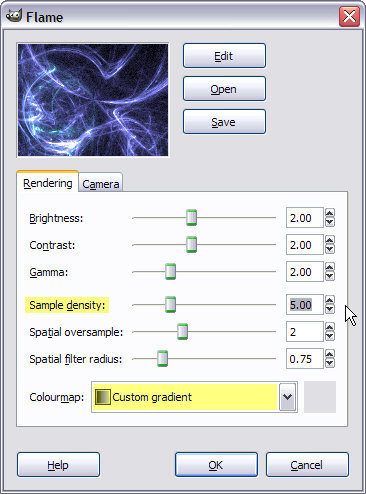 To choose your type of flames, click on Edit and choose Random or Spherical, as Variation (also with Sinusoidal you can obtain something good). In Directions you can view the previews of some flames; if you donâ€™t like anything, click on Randomise to generate other previews. When you find your best preview, click on it and click Ok twice (one for the Edit Flame window and one for the Flame window). 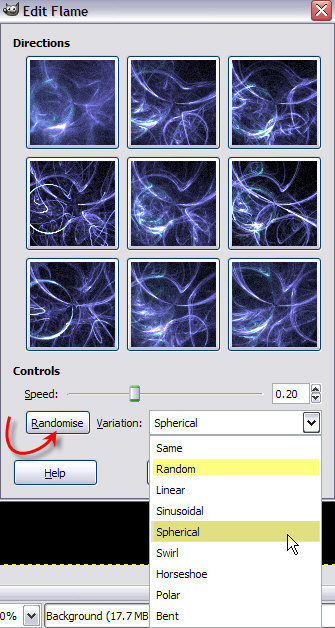 Another possible plugin is IFS, or Iteration Function System, that applies an iterated function system over an image, finitely, making it fractal-like.

You will need to install a plugin for CMYK support in Gimp. It might not be the best program for printing, but you mentioned you were open to other alternatives, and this is an extra option.

And, final note, The Flame Algorithm is also an open source software that lets you create some nice effects. Ok, one more. For inspiration, check Electric Sheep.

Just another idea, there's a program called Apophysis. It's great for generating fractals and it's free.

It's a bit complicated, but you can get some great results from it. Here is the download link.

Here is an example of an image one of my friends made using Apophysis and Photoshop: 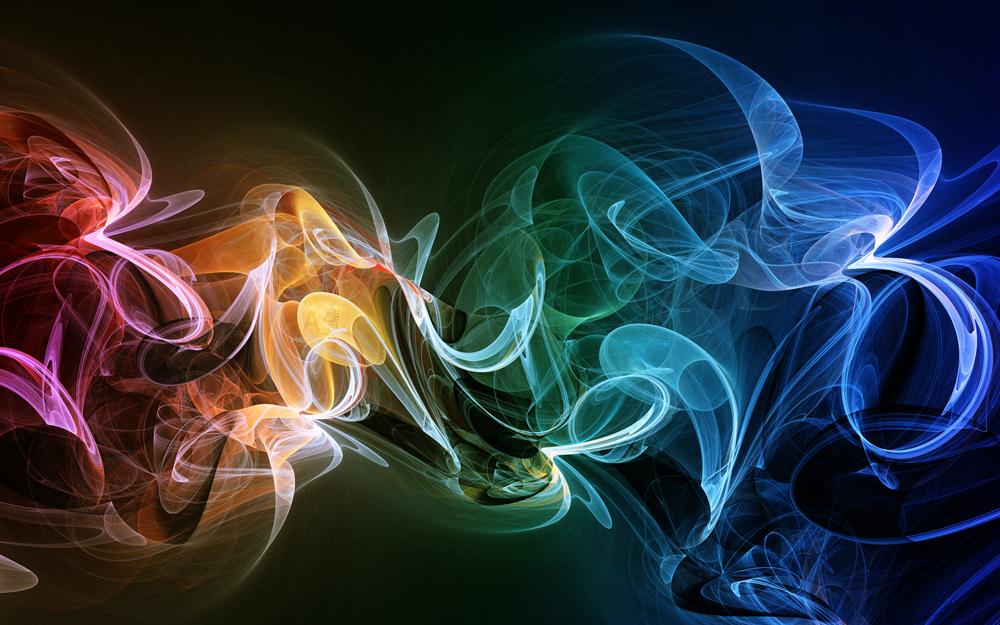