Do web frameworks such as Bootstrap or HTML5 boilerplate offer anything to a designer (not developer)?

Note, this is about design much more than development.

I build sites from scratch with completely hand written CSS and HTML.

I've known about pre-build css templates such as Bootstrap or HTML5 Boilerplate for some time. I've looked at them a briefly in the past but never jumped into actually using them for anything. I don't have any issues resetting CSS, or including javascript when needed, or configuring for viewports.

This evening, I coded a basic HTML5/CSS page. Nothing really earth-shattering in terms of layout. Simply a jumping off point. Afterwards I decided to give Bootstrap a whirl with the same layout. It's a pretty standard 960px, 3 column with hero image page. 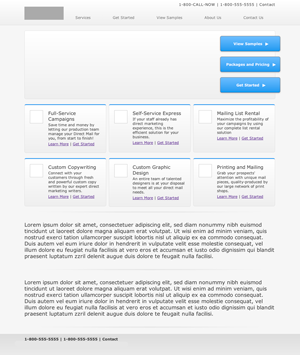 As I'm altering Bootstrap it occurred to me that 80% or more of my time was being spent learning what class or id was applied to something, then finding that in the CSS to adjust. It became clear that Bootstrap was not going to save me any time at all. In fact, Bootstrap would greatly increase production times due to the *overly templated CSS.

*(by "overly templated" I mean there's a great deal of CSS I probably wouldn't use for any given web site. Not that there is unnecessary CSS on the whole.)

I understand that if I were familiar with Bootstrap I would be familiar with class/id names and general location in the stylesheets. So, I'm willing to bend a bit on the time it was taking me, realizing that some of it was due to my own unfamiliarity.

However, I can't help but wonder if Bootstrap et. al. are merely crutches which are crippling designers by spoon feeding them their own brand of code. Thus locking in a consumer base which will rely entirely on a third party solution and it's functionality for everything, or at least the majority. It reminds me of those that can only design a web site if they can use Dreamweaver. And heaven forbid if they don't have access to Dreamweaver and a change is needed.

When I build a site I use my own set of standard class and ID names. I structure CSS how it's intuitive for me. I have my own set of pre-build templates for quick set up. Therefore any site I build I can edit fairly quickly. Using any of the pre-configured front-end packages simply means I need to learn their naming conventions and their structure rather than relying on my own.

I've been researching frameworks a lot the last month or so. I haven't actually dived into any of the solutions, but a couple of framework alternatives that are on my shortlist are Foundation, Intuit and YAML and Base.

The good thing about these is that they don't have the 'Bootstrap' look, and seem to encourage designers to to their job (design), whilst they take care of the responsiveness.

Here is a big list of frameworks and more info in this article.

As mentioned, I've done the research legwork, but haven't started testing them out, so any comments advocating any of the frameworks would be helpful.