How to capture likeness in a portrait?

I'm having a problem with capturing the likeness of a person I'm trying to draw a portrait of, and I was hoping you could point out where I'm making the mistake and how can I improve.

Basically, the portrait itself looks fine (or at least its not terribly bad), but only as long as you don't know the person I drew. When you compare the original photo and my drawing, you will notice that my drawing only remotely resembles the model from the photo. To illustrate my point, here is a pic I drew from a photo found via Google search: 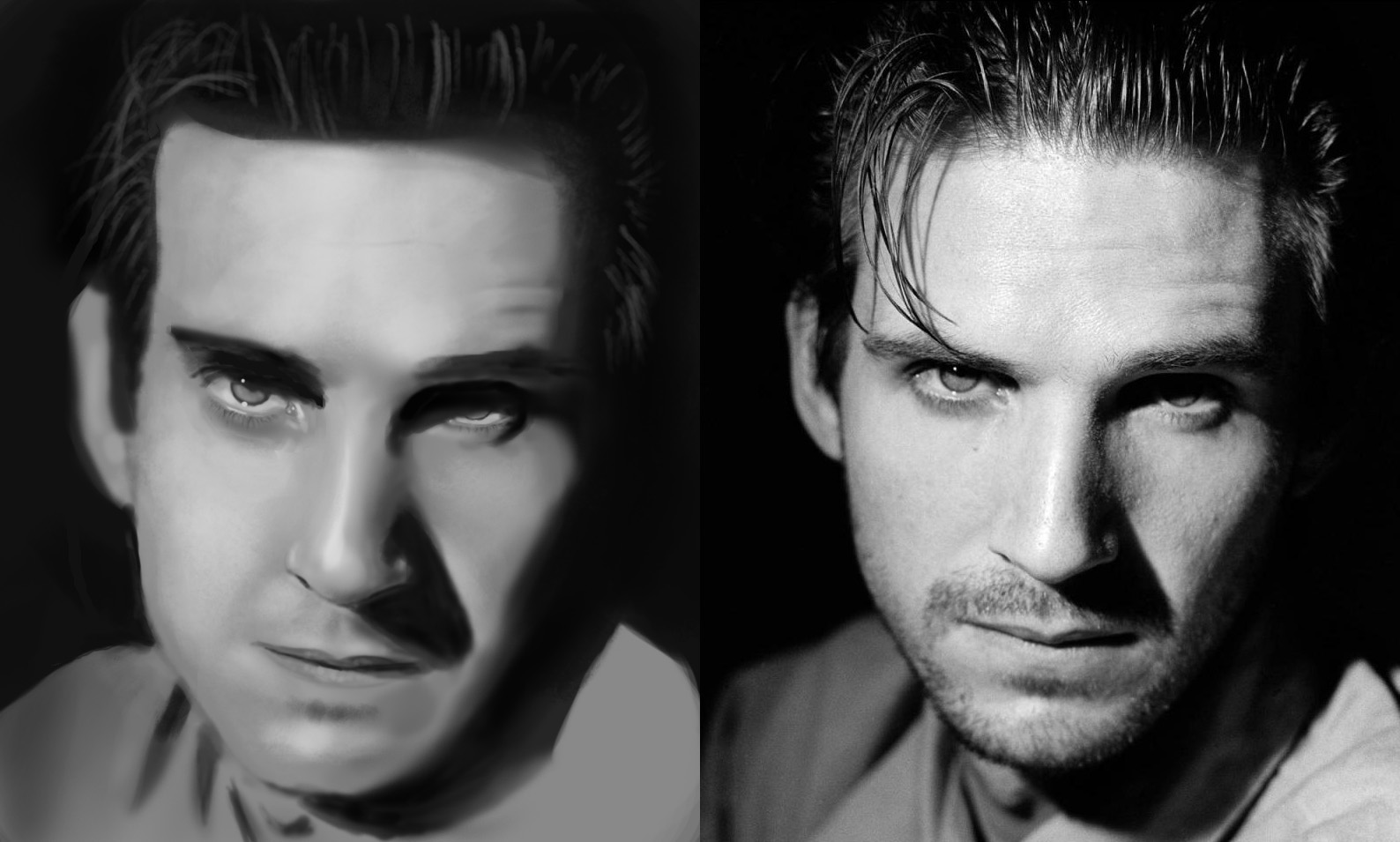 So my question is: what am I doing wrong? How do I capture the "likeness" of a portraited person? How to practice it? Why can you immediately recognize a person on a good caricature, but not on my drawings? Any help will be greatly appreciated!

Just want to add a more general point about your approach. (tldr: sketch out the frame of the face and get that right before adding any detail)

It looks like you're closely copying each detail of the source photo, hoping that a likeness will spring out when you add enough accurately copied fine detail. That's not a good approach for getting likenesses. I've made that mistake many times, trust me, it doesn't work.

For example, in the forehead, each individual highlight and crease is similar to the photograph - but the overall result is very different. The overall impression in the photo is of a flat forehead; in your image, despite every individual detail being similar, the sum of those parts is very different - a somewhat rounded looking forehead.

It's very very tempting when drawing to get stuck in to an interesting detail too early, and I believe this is the root cause of your problems.

A better approach is to start at a very low level of detail, complete the drawing at that low level of detail, get the key things right and achieve as much of a likeness as possible at that level of detail, then add a layer. If you're working digitally you've got the blessing that it can literally be another layer - otherwise, it's usually a case of reaching for a harder pencil.

The likeness of a face is like the pose of a full body image - you should get it right early at the 'skeleton' stage of the drawing, then build on it. Don't hope for it to emerge as you add detail to wonky foundations, get the foundations right before building on them.

If you do find yourself losing a likeness and you're not sure why, look at it with less detail. I find unfocusing my eyes helps: looking at your image like this, the bottom right of the jaw (model's right), mouth, distance between eyes, upper nose, skull width at eye level and forehead jump out as not matching.

(I'm not sure if everyone can just unfocus their eyes on demand like this... if you can't, you can probably get the same effect by stepping back, or using Photoshop Gaussian blur or frosted glass)

One other general tip. I found likenesses really hard to learn - they come naturally to some people, and I wasn't one of those people. One thing that helped me in practising was never copying a source image directly - if I copied it directly, I became too fixated on the wrong details.

I found I got better results and learned better when I took one or more source images of the same person and tried to draw that person at a slightly different angle and/or pulling a different expression. It's harder, but I found it forced me to focus on the essential features of the face, and the vital intangibles like personality and mood, and helped me weed out the incidental details of one particular photo.