How to create a fabric pattern with wavy lines

Could somebody please explain how to create a fabric texture and overlay a wavy line pattern in Photoshop?

A very similar question was asked not long ago: How to recreate this background in photoshop for use in a mobile app?

The one you provided is a little different with some wavy lines added. I was able to create something pretty close by doing the following:

Step 1: Create a document with the desired size and color 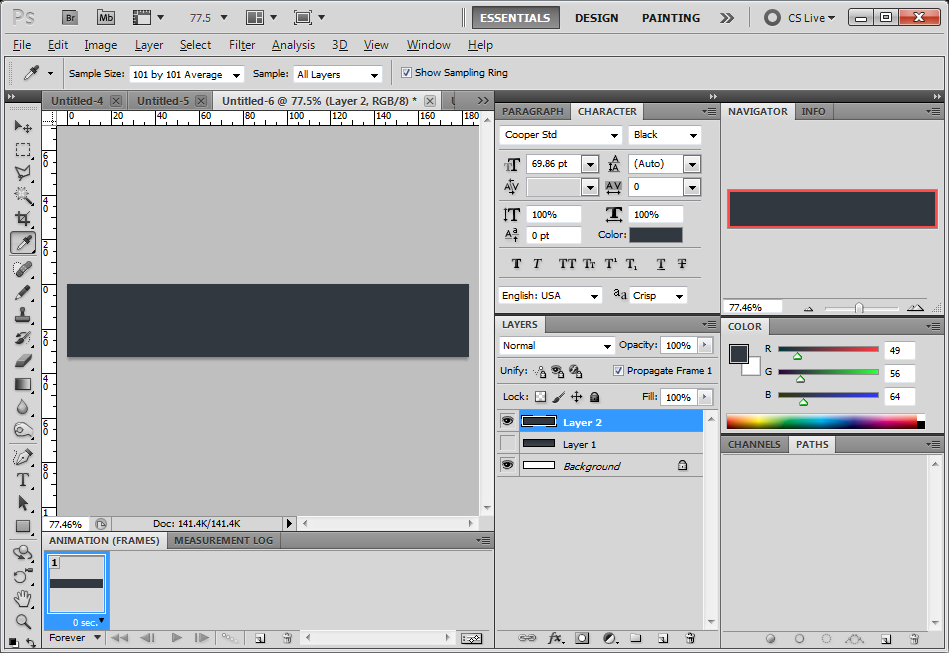 Step 2: As per the answer in the linked question, add some noise 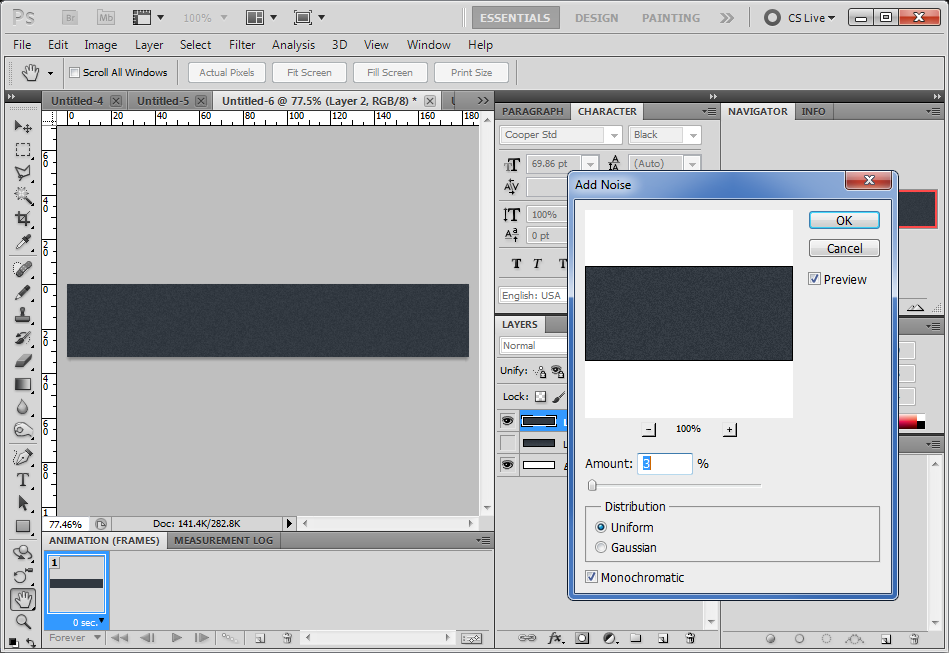 Step 3: Add vertical lines (I created a quick pattern to make it easy) 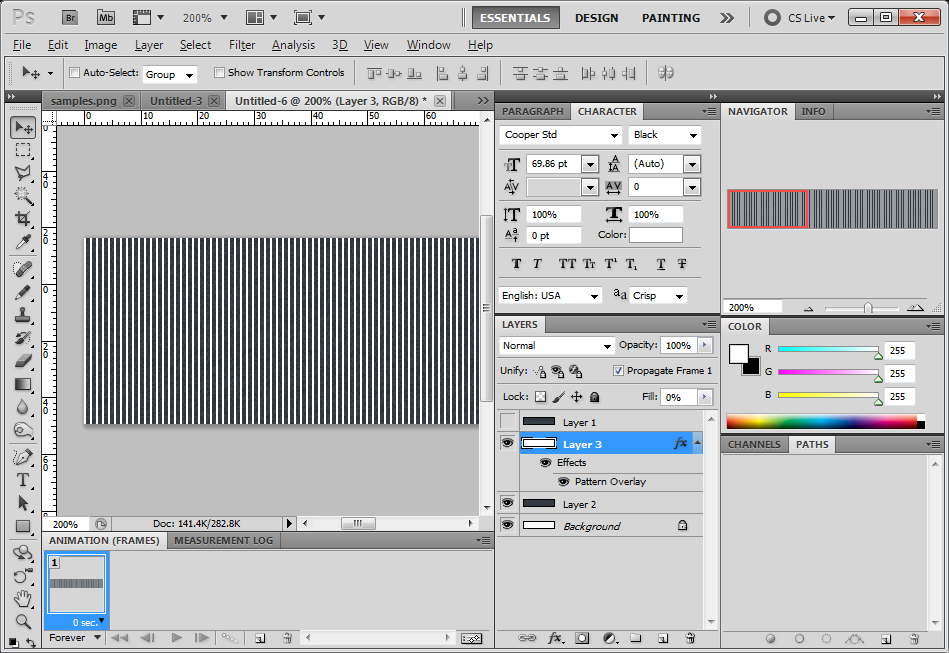 Step 4: Reduce the opacity of the vertical lines to about 4% 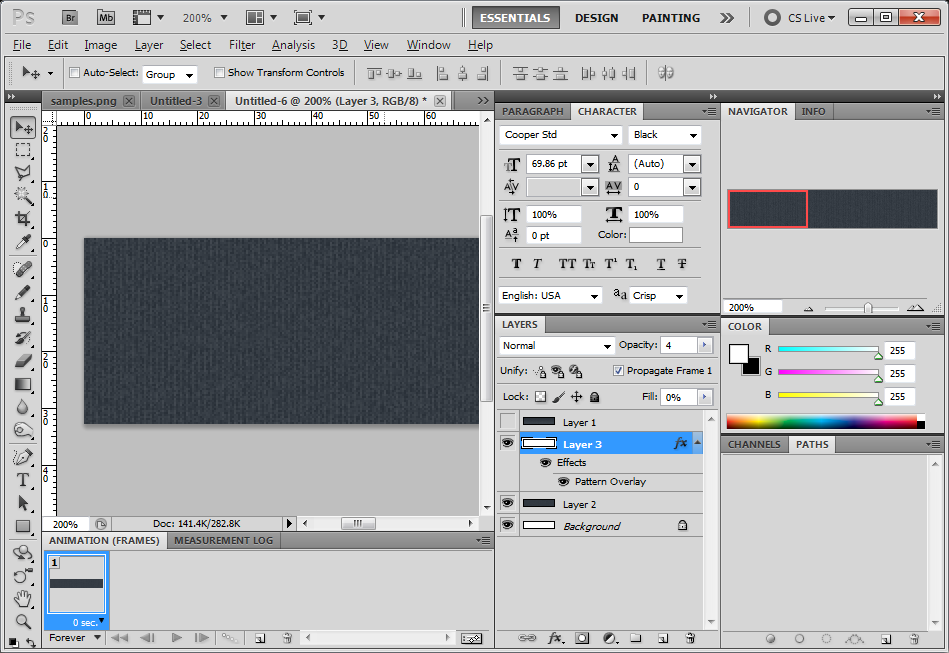 Now, to add the wavy lines:

Step 5: In a new document, create a bunch of horizontal lines 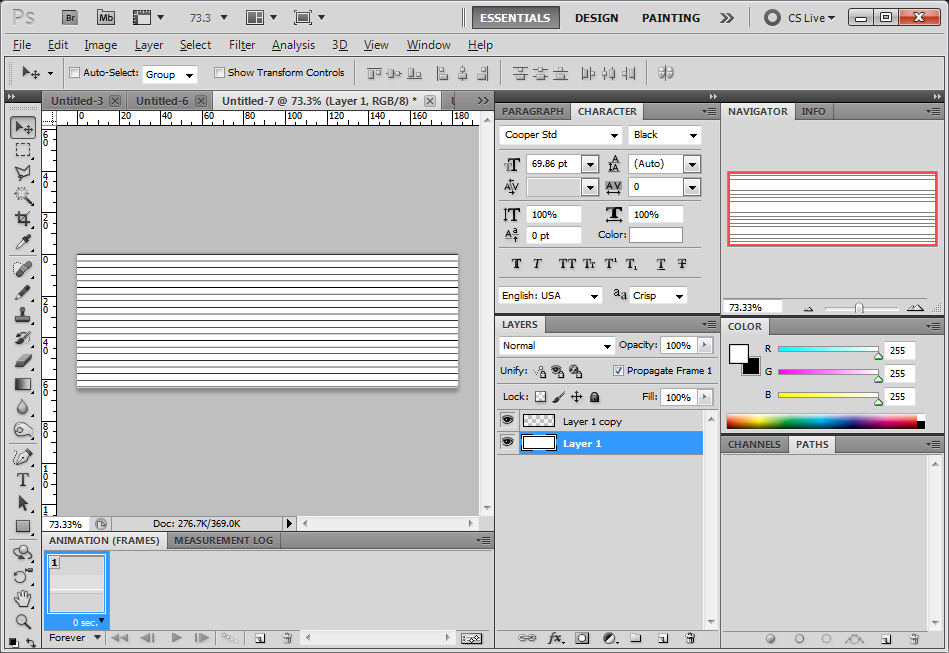 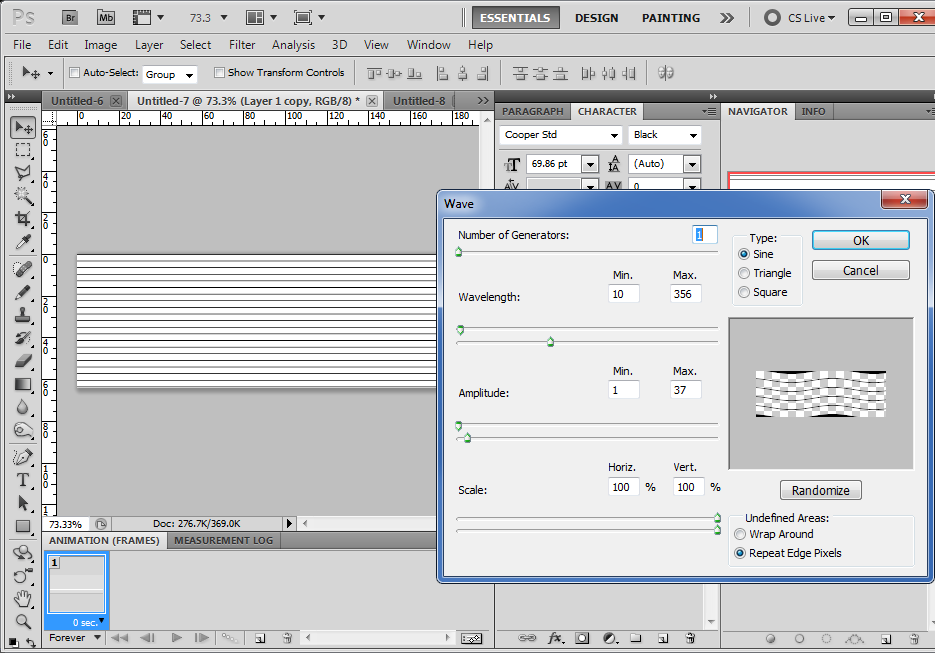 Step 7: Change the color of your lines to white (if they aren't already) and paste them into your original document 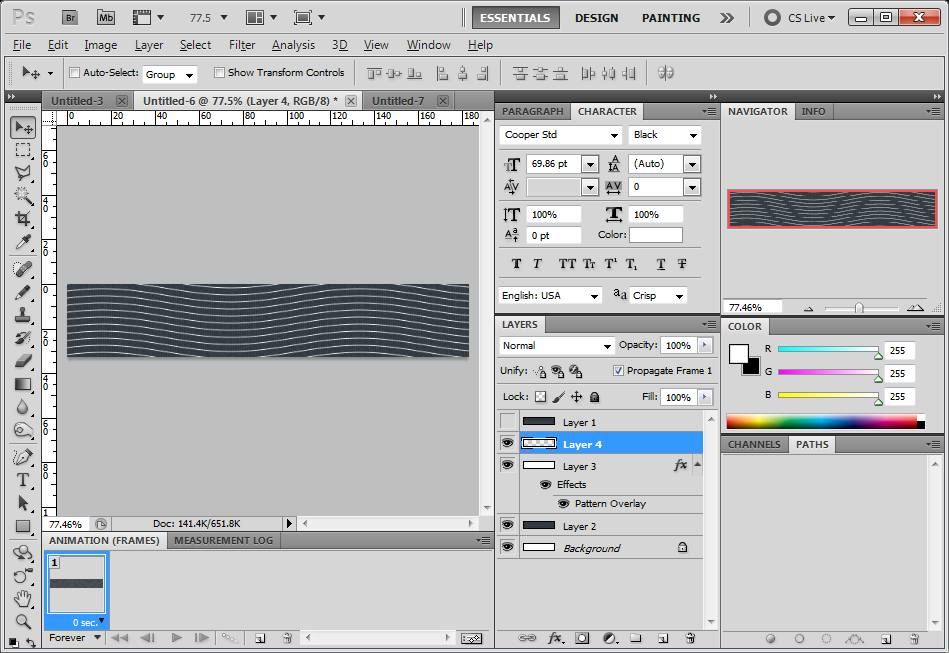 Step 8: Reduce the opacity of your wavy lines for the finished product 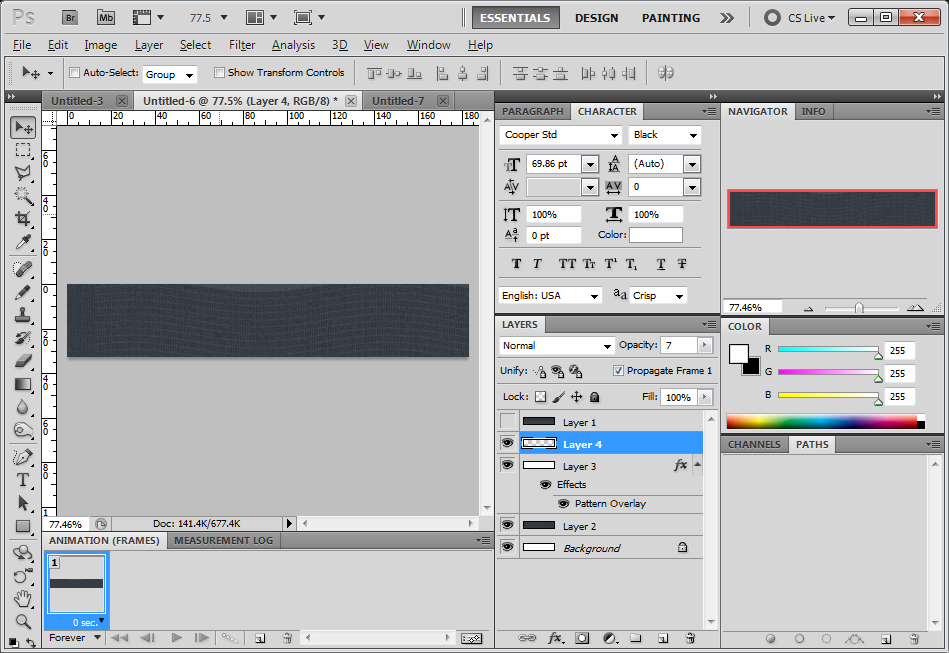 Photoshop of course crashed before I could save the finished product, but I went through and made it again:

This is a basic run down. There are a couple areas which require some choices and trial and error, but this should give the basics. 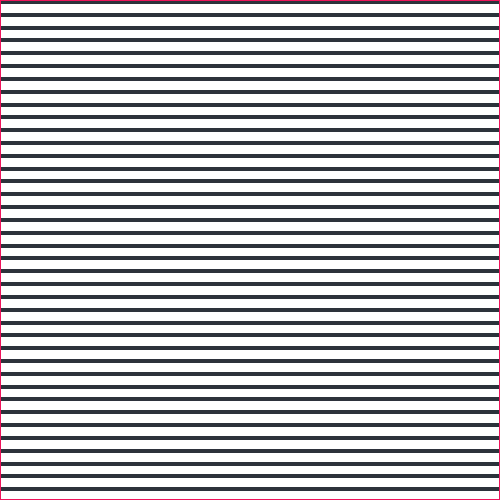 You'll need to make certain all these lines are on one raster layer. So you may need to merge layers if you've used shape tools or some other method to create them. I used the line tool and then selected all the layers it created and clicked the Distribute items on vertical centers button in the Align Panel. 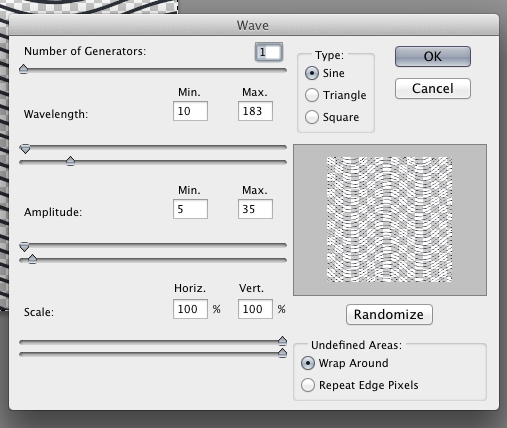 This is where trial and error comes in. You now need to use Edit > Free Transform to alter the width of the wave so that it lines up when repeated horizontally (it will already line up vertically).

So, choose Filter > Other > Offset and enter 50% of the document width and height in the respective fields. Then make note of the preview. My document is 500x500 pixels so I entered 250 pixels in each field. Make certain you tick the Wrap Around option as well. 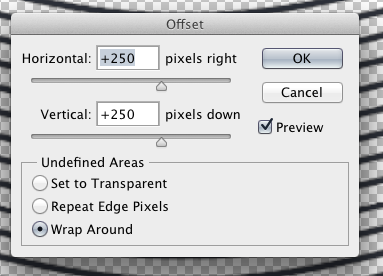 When you do this you'll see a seam in the middle of the waves. So, click cancel, and then use Free Transform to extend the waves horizontally again. Essentially you want the lower crest to be at the document edge. After transforming, Select All and choose Image > Crop to remove the non-visible content which is extending past the canvas. Repeat these steps until you get a smooth wave across the middle of the document: 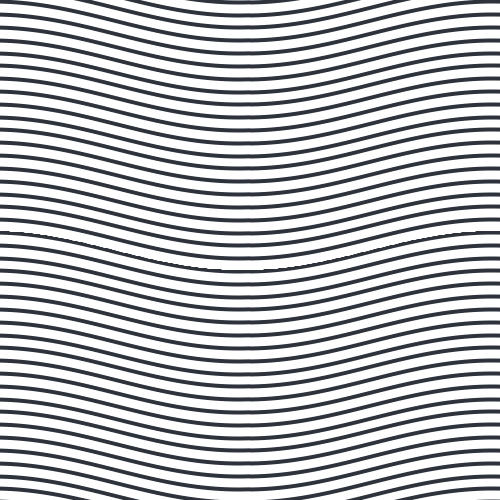 Then I inverted the lines so they were light (Command/Ctrl + i) and chose Edit > Define Pattern.

You now have the waves as a repeating pattern.

Next added a layer and filled it with black. 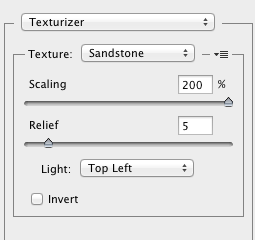 This gives a texture to the overall document: 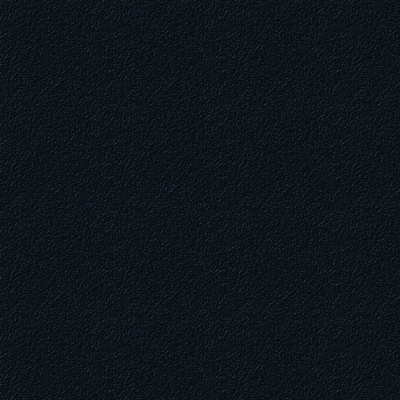 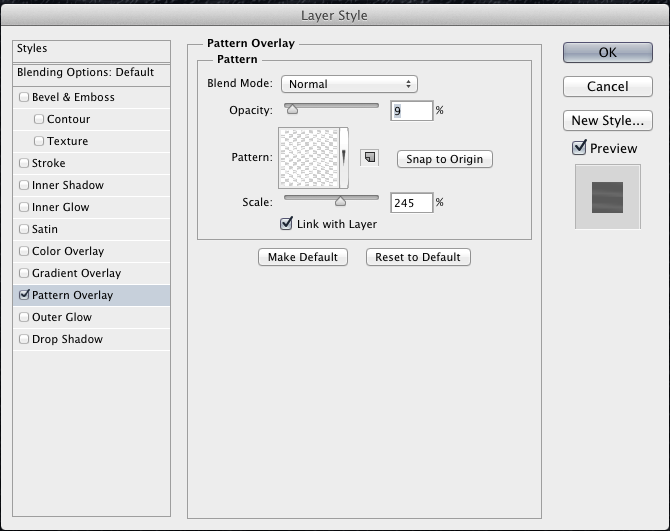 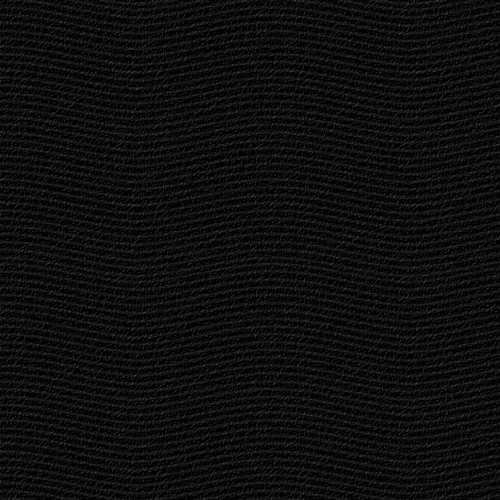 From this point it's a matter of coloring and adjusting levels a bit to alter contrast. 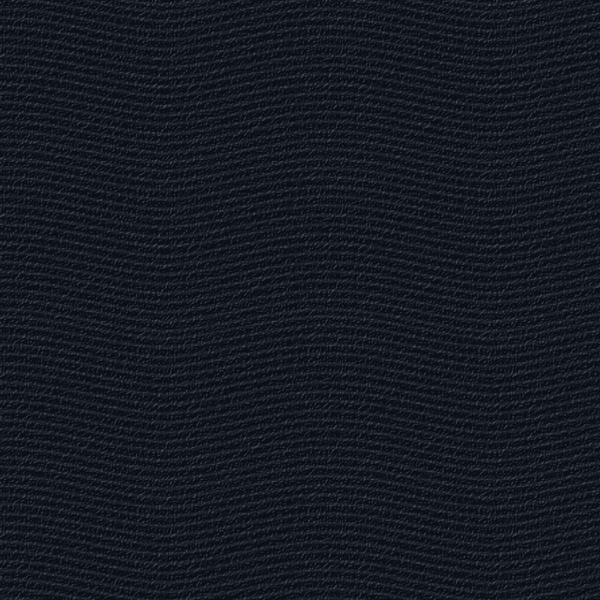 This final image is not a repeating pattern. While the steps I've outlined will allow you to make the image any size you need, I was not trying to create a reusable complete pattern. Having only the waves as a pattern gives far more construction flexibility for future documents. Were this final image to be a pattern in itself, you would be limited in altering color, value, size, etc. Once the wave pattern is created you can easily repeat the Textureizer step and pattern overlay for any document. In addition, having only the wave as a pattern allows you to use different texturizer methods, or none at all, to suit different needs.